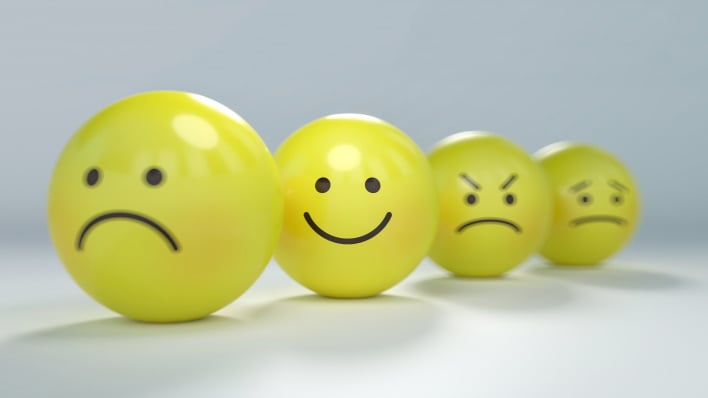 While anyone could say a good movie, book, or video game made them feel emotional, scientists did not understand why until now. A research team at the University of Geneva, Switzerland, found that emotions result from the synchronization of several neural systems throughout the brain. They found this out by analyzing volunteers' "feelings, expressions, and physiological responses" while playing a video game designed for arousing different emotions depending on the game's progress.

As the University of Geneva press release explains, "Emotions are complex phenomena that influence our minds, bodies, and behavior." This complexity makes emotions challenging to understand and study. Previously, theories "have attempted to model the emergence of an emotion, although none has so far been proven experimentally." Moreover, experiments relating to emotions were more "targeted," such as showing a volunteer an image or video to try and extract emotion from a specific area of the brain. "The problem is, these [neural] regions overlap for different emotions, so they're not specific," as one area of the brain, says Joana Leitão, a post-doctoral neuroscience fellow at the university. On the other hand, video games can evoke emotions and target different areas of the brain at one time, making them a viable candidate for experimentation with volunteers.

With the thought of video games in mind, the neuroscientists at the University of Geneva created a video game to evoke emotions by putting volunteers "in situations they'll have to evaluate so they can advance and win rewards," as Dr. Leitão explains. The game is similar to Pac-Man in a way, where players need to grab coins, interact with "nice monsters," ignore the "neutral monsters," and avoid the "bad guys" to win points and go to the next level. These game features create scenarios that trigger different emotions through a theoretical model called the component process model, whereby other neurological pieces come together to form an emotional state. During the game, the researchers were then able to study volunteers' brain activity through facial imaging, feelings through questions, and physiology through several other methods.

Once the study was complete, the researchers could conclusively state that emotions are created when different brain components work in parallel to create an emotional state. This finding "validat[es] the idea that emotion is grounded in action-oriented functions in order to allow an adapted response to events." While there could be more happening inside the brain when emotions are created, we now have a base understanding of the 'why' emotions happen, and thanks to video games, no less. My mom always said video games were bad for my brain, but maybe they were just making me more emotionally developed.