TP-Link is hoping to give your home network a speed boost with its new Archer AX73 router based on the Wi-Fi 6 (802.11ax) standard introduced a few years ago. Pricing checks in at $200, so it is not a budget model by any stretch. However, on the surface it appears to offer some decent value for the asking price, particularly in terms of raw speed/bandwidth.
First let's talk about Wi-Fi 6. Routers based on the Wi-Fi 6 standard are better equipped to handle multiple connected devices, by way of a technology called orthogonal frequency division multiple access (OFDMA). This essentially shares channels to both increase network efficiency and reduce latency, for better all-around performance.
The caveat is that your devices also need to support Wi-Fi 6 to take full advantage of the standard's capabilities. Even if they don't, you can still connect them to a Wi-Fi 6 router, just some of bolstered technologies will not be utilized. More and more electronics are coming out with Wi-Fi 6 adapters, though, and if you are in the market for a new router, you should absolutely skip Wi-Fi 5 at this point. 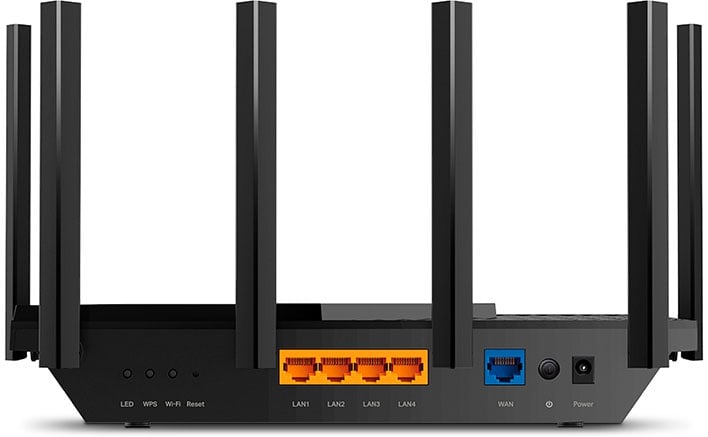 As for TP-Link's new Archer AX73, it is a dual-band model that serves up speeds of up to 574Mbps on the 2.4GHz band and up to 4,804Mbps on the 5GHz band. That works out to a combined 5,378Mbps, hence the rounded up AC5400 designation. Note that you can't actually combine both bands, but adding them together is how router makers commonly advertise their products.
Nevertheless, this a fast router, at least on paper (we have not tested it, so we can't say how it actually performs).
"Users will enjoy blazing fast wireless speeds over six simultaneous streams, with 4x more capacity for today’s smart homes. Not only future-proofing their home network but enjoying the latest security features such as enhanced IoT protection," says Jeff Barney, COO at TP-Link USA.
Part of the marketing pitch from TP-Link is serving up enough bandwidth to handle 8K streaming. We suppose that is something to consider if you are looking to 'future-proof' your home network, to the extent that such a thing is possible, but 8K is still a long ways off from becoming commonplace. 4K content streaming, on the other hand, is finally starting to gain critical mass and the Archer AX73 should have that covered and then some.
Gaming is another consideration. This is not a model aimed specifically at gamers, like the ASUS ROG Rapture GT-AX11000, but Wi-Fi 6 is inherently suited to the task, by way of better handling of multiple devices as once. 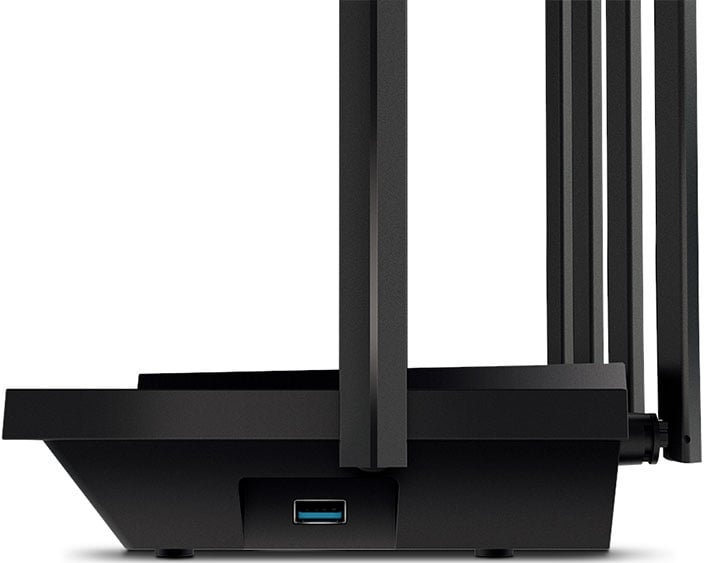 Of course, competitive gamers will want to roll with a wired connection anyway, and to that end, this model is equipped with four gigabit LAN ports. There is also a USB 3.0 port for connecting a printer or storage device, to share over your network.
If you are interested in this model, you can grab it from Amazon.