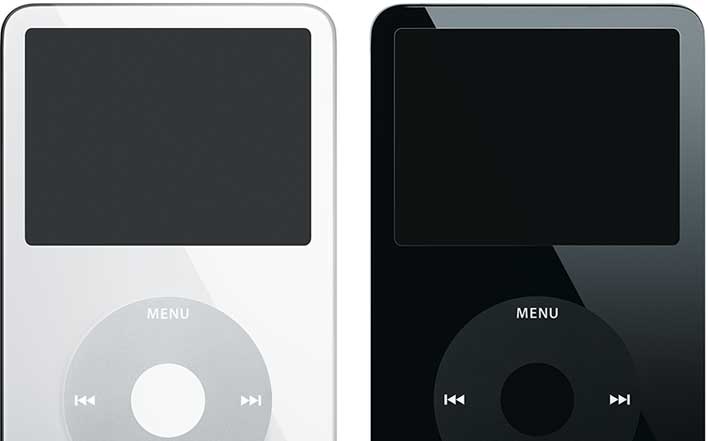 Back in 2005, the incredibly popular iPhone didn't exist, and one of the biggest money-makers for Apple was the legendary iPod. The iPod was still in its early days and looked very clunky compared to the svelte iPod Touch that's still available today. One of the engineers working on the iPod project at Apple was a man named David Shayer, and he was assigned a top-secret special project that only a few people inside Apple knew existed.

Shayer has told the story of the top-secret iPod and the two government contractor engineers that turned up at Apple to work on the device. The story starts in late 2005 when Shayer's bosses' boss walked into his office and shut the door behind him. Shayer was told he was to work with two engineers from the U.S. Department of Energy to build a special iPod, that his boss doesn't know about the project, and that he was to report only to Tony Fadell. Fadell has confirmed via Twitter that the project was real and that Shayer's story is "absolutely spot on."

Absolutely spot on David Shayer…
This project was real w/o a doubt.
There was whole surreal drama & interesting story about how this project was kicked off & then kept secret.

The Case of the Top Secret iPodhttps://t.co/jgZqcvKIsV

The people working on the project were able to keep the top-secret iPod an absolute secret, even from then CEO Steve Jobs. While even today, the exact purpose of this top-secret iPod is unknown, Shayer was able to gain some detail about what the iPod would do even if he never actually saw the hardware.

Shayer wrote the iPod's file system and the SQLite database to track the songs. He says that over time he worked on almost every part of the iPod software with the exception of the audio codecs the converted MP3 and AAC files. The two engineers were given an office inside Apple, but weren't allowed access to the Apple network and weren't given the source code. They were allowed to keep the modified version of the iPod OS they built, but not the source code.

The two engineers weren't given any hardware or software tools. They were told the specs for the Windows computers they needed, the ARM compiler, and the JTAG debugger. Shayer says that after the two engineers were up and running, they explained what they wanted to do in broad strokes. They added specialized hardware to the iPod to generate data they wanted to record secretly. The trio talked about the best way to hide the data they recorded. Eventually, they chose to place it on a separate partition of the iPod hard drive to keep the data hidden even if the iPod was plugged into a computer.

To start and stop recording the data they added a special menu to the end of the deepest preferences menu path. In all other aspects, the iPod worked normally. The fifth-generation iPod, which was known as the iPod with video, was chosen because it was the last iPod made that didn't have a digitally signed operating system. While precisely what the custom top-secret iPod did is unknown, Shayer believes that they were building something like a stealth Geiger counter. Department of Energy agents could use such a device without hiding it or alerting civilians while going around cities looking for smuggled or stolen uranium.

Only four people knew about the secret project at Apple - Shayer, the director of iPod software, VP of the iPod division, and the senior vice president of hardware. There was no paper trail, and all the communication was in person. None of the people involved work at Apple today. We can't help but wonder if Apple would help the government with a similar project today.

We rarely talk about the iPod anymore. Smartphones essentially killed the dedicated MP3 player. Apple still makes the iPod Touch and last updated it in May 2019, adding 256 GB of storage and the A10 Chip.