In less than a week, Tesla has dropped two bits of bad news for customers looking to purchase the fastest version of its redesigned Model S flagship electric sedan. Earlier this week, Tesla CEO Elon Musk confirmed that the Plaid+ version of the EV was canceled, which means that customers won't be able to take advantage of the claimed 520-mile range.

Last night, Tesla struck again by raising the price of the [regular] Model S Plaid from $119,900 to $129,990 out of the blue. Unfortunately, there was no prior notice about the price increase, and no explanation has been given. Even more curious is that the sizable price hike comes just hours before Tesla is scheduled to hold a "delivery event" for the Model S Plaid.

Some may scoff that $10,000 isn't a lot in the grand scheme of things for a person that can afford a $100,000+ car, but Tesla's wild price swing on all its vehicles is still a bit alarming. "Prices increasing due to major supply chain price pressure industry-wide," said Musk earlier this month. "Raw materials especially."

However, demand for the Model S (and by extension its Model X counterpart) isn't nearly as robust as its cheaper and more "mainstream" Model 3 sedan and Model Y crossover. As it stands now, the Model S plaid is $50,000 more expensive than the Long Range version. 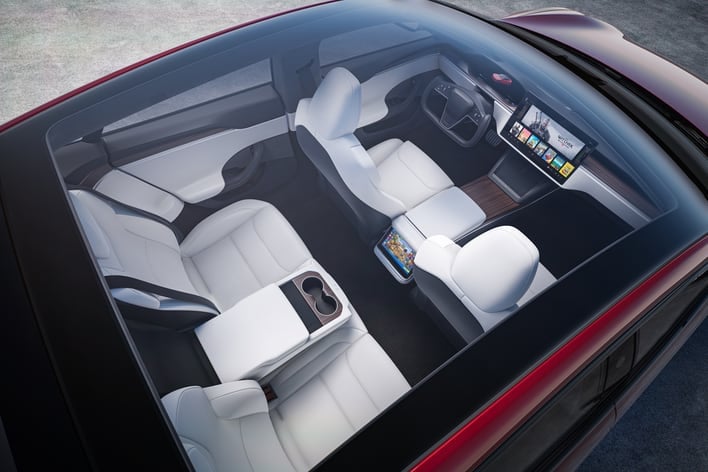 What's not known at this time is if customers who preordered the Model S Plaid will be forced to cough up the $10,000 price increase or if they will be grandfathered in at the $119,990 price point. Whatever the case, anyone placing an order from this day forward must contend with the new price.

The Model S Plaid delivery event is set for tonight at 11:30 pm EST and streamed live.