T-Mobile Explains Why Its Network Failed Spectacularly This Week 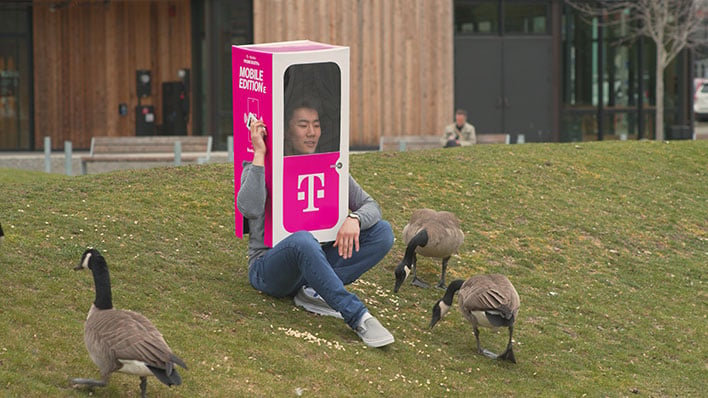 Having completed its merger with Sprint just a couple of months ago, T-Mobile is looking ahead to bigger and better things as it continues to challenge front runners Verizon and AT&T. Sometimes there are bumps in the road. T-Mobile ran into one this week when it experienced a nationwide outage, which prompted "hundreds of engineers" to work "tirelessly alongside vendors and partners" to resolve the issue. So, what happened?
T-Mobile president Neville Ray offered up a partial explanation in the aftermath of the outage, blaming the incident on a third-party "fiber circuit failure." There are redundancies in place to prevent network issues like the ones many T-Mobile customers experienced, but apparently those failed as well.
"The trigger event is known to be a leased fiber circuit failure from a third party provider in the Southeast. This is something that happens on every mobile network, so we’ve worked with our vendors to build redundancy and resiliency to make sure that these types of circuit failures don’t affect customers. This redundancy failed us and resulted in an overload situation that was then compounded by other factors," Ray said.
This caused an "IP traffic storm that spread from the Southeast" to other parts of the nation, creating "significant capacity issues" across the core network powering Voice over LTE (VoLTE) calls. Basically, one thing led to another, culminating in a massive outage that affected not only voice calls, but text communications as well.
"We have worked with our IMS (IP Multimedia Subsystem) and IP vendors to add permanent additional safeguards to prevent this from happening again and we’re continuing to work on determining the cause of the initial overload failure," Neville added.
Ray went on to apologize for the inconvenience. Incidentally, the outage drew the attention of FCC Chairman Ajit Pai, who called the outage "unacceptable" in a post on Twitter.
"The T-Mobile network outage is unacceptable. The FCC is launching an investigation. We're demanding answers—and so are American consumers," Pai wrote.
It is not clear if anything will result from the investigation, or if the FCC finds Ray's explanation to be sufficient.