Valve's taking a lot of risks with the Steam Deck. The company has been quite up-front about the fact that it's a full-fat handheld PC, and while this comes with its own set of compromises, it also means that it should in theory be capable of playing the vast overwhelming majority of Steam's over-50,000 games.


We say "in theory" because the practical reality is quite different. It's less a matter of hardware capability in terms of CPU and GPU power, and more a matter of interface paradigm and software support. The Steam Deck doesn't run Windows—at least, not out of the box—and while Valve's Proton compatibility layer is quite mature by this point (with some 90% of Steam games playable on Linux), there still can be problems playing Windows games on not-Windows.


More pressing, though, are the interface issues. The Steam Deck doesn't have a hardware keyboard, and touch (or touchpad) input isn't always a good replacement for mouse control. Fortunately, it seems gamers won't be totally in the dark as to whether their games will play well on the Steam Deck, because Valve just announced "Deck Verified" status for Steam games.


It's exactly what it sounds like: Valve will be testing games to see if they work well on the Steam Deck. The system is reminiscent of the compatibility databases maintained by various console game emulators. Games will get filed into one of three classifications: Verified, Playable, and Unsupported. (Games that haven't been tested will simply be listed as "unknown.")

Verified games are those that Valve has specifically tested and found to work well on the Steam Deck with little or no user intervention. That means that these games should be "start and go" experiences, much as one expects from a games console. Valve is specifically checking four areas for "Verified" status: input, display, "seamlessness," and system support.


Essentially, the game needs to have full controller support (or automatic pop-up of the on-screen keyboard when required), good default settings for the Steam Deck's supported resolution of 1280x800, shouldn't display any compatibility warnings, and it should be fully-supported by Proton, including anti-cheat software. 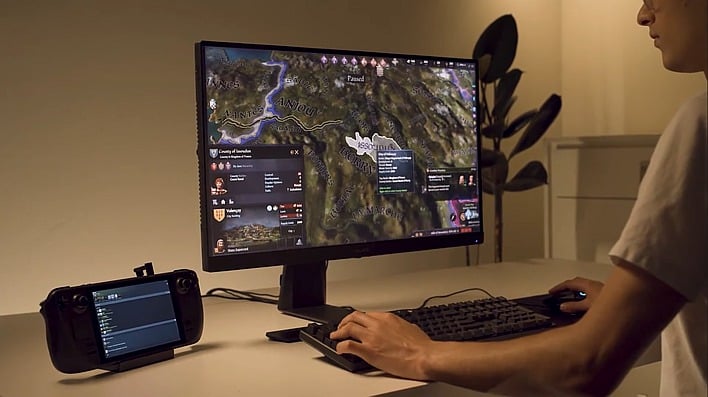 Games marked "playable" will be those that Valve has found to work on the Steam Deck with some accommodation. Valve's video says that these games will be those that require "extra steps," like manual control or graphics configuration. Naturally, games marked "unsupported" will simply be unplayable on the Steam Deck itself, although it seems likely that users will be able to make many such games work by connecting external devices, like above.


Steam Deck owners shopping for games on the handheld will note that the store opens to a "Great on Deck" page that lists only games which have earned the top "Verified" rating. Game store pages on the Deck display the game's verification rating in the top right, with a "learn more" button to show a detailed breakdown of why the game earned the rating it did.

Valve says it will be testing every single game on Steam for compatibility, and also that this testing is already well underway. Given what Valve is attempting, the Steam Deck launch will almost certainly not be flawless, but it certainly seems like Valve is taking every possible precaution to ensure that early adopters have a good experience from day 1.