In 1990, the SNK Corp. launched the Neo Geo MVS (multi-video system) as the premiere home and arcade gaming console. Thirty years later, the successor to the Neo Geo, the MVSX, is set to release this November. Packed with 50 different games and all the nostalgia you can handle, this home arcade system will be at the top of any arcade rat’s Christmas wishlist.

The home arcade system is a slick-looking cabinet, standing at 25” for the top half alone or a whopping 57” with the base attached. No matter your form factor, you still get some sweet specs and features including: 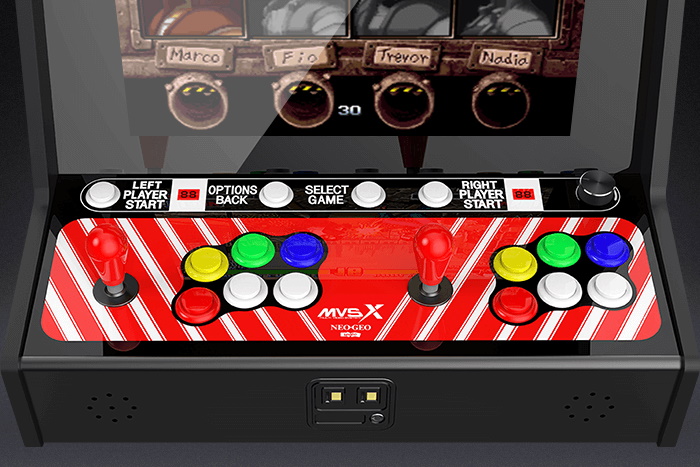 This cabinet, weighing in at just 28lbs, should also be significantly easier to move than the original.  Included in the box, you will find a user manual, DC power adapter, a Terry Bogard figure, and an IORI YAGAMI figure. The MVSX will also ship with the following collections of games:

That list is not entirely comprehensive, as several other classic and sports games are included as well. If you want to see the full list, you will have to check out the website. Also on the site, you will hopefully be directed to preorder the console on Amazon starting in mid-September.  The console and the base as of right now are reported to be $499.99. The console alone will set you back $449.99, but having the feeling of being at an arcade machine for just $50 more cannot be beaten.  It seems the only caveat here is that the MVSX will only be released in North America initially from what we can tell.  We will have to wait and see for more clarification on release locations.

Overall, this machine is a good looking device, and it is nice to see a piece of arcade history coming back to life.  Do you think this slice of gaming nostalgia will be on your wishlist this year?  Let us know what you think in the comments below.