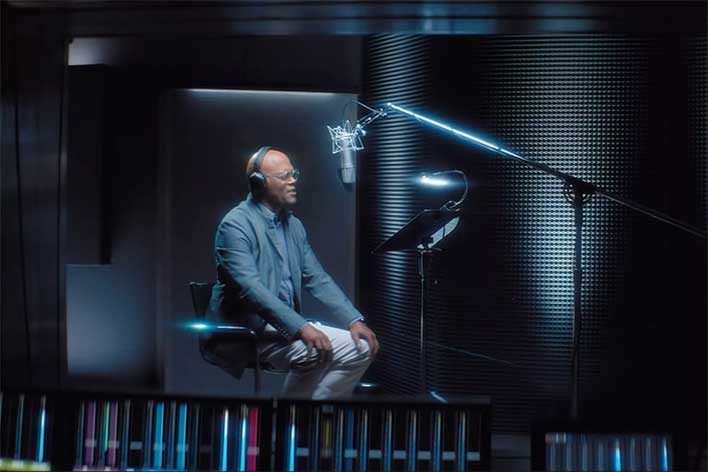 Samuel L. Jackson has been has been a national treasure for decades and has been in some iconic films during his long career. He's also quite famous for dropping the MF-bomb in as many of his movies as possible. Fans of Sam and Amazon Alexa-powered devices out there can now get their very own Samuel L. Jackson celebrity voice. During the introductory period, the voice is only 99 cents.

It's not clear how long that introductory period will last, but when it's over, the voice will go up to $4.99. For those wondering, Sam does use explicit language, if you want him to. Buyers of the voice can opt to let Sam use the language he is famous for or not. We'd assume there will be multiple instances of Sam's catchphrase dropped if so.

Amazon suggests that after purchase fans ask Alexa the following:

Amazon warns that there are some things that Sam can't do, including helping with Shopping lists, reminders, or Skills. Sam can tell jokes, sing a song, and help with timers. He can also help with playing music, telling the weather, and more. Sam's voice is configured to work alongside Alexa's voice, so you have to ask Sam to answer your questions by saying, "Alexa, ask Samuel L. Jackson."