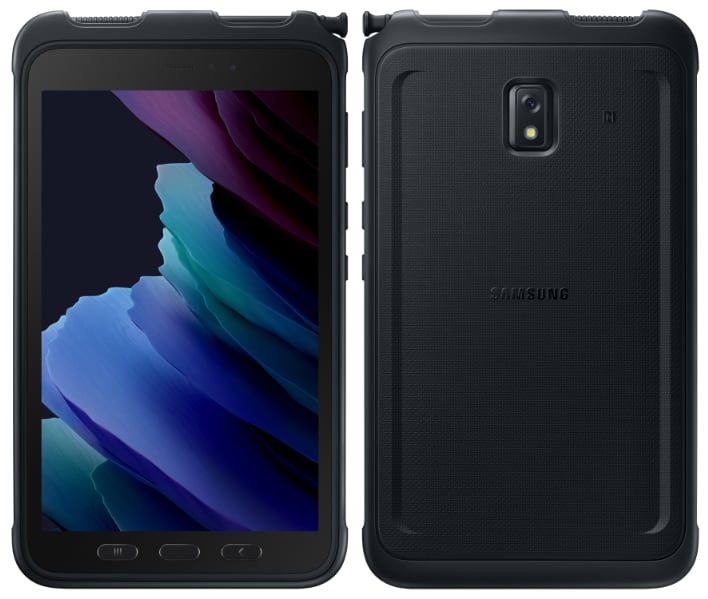 Samsung is going rugged with the new Galaxy Tab Active3. This device is built for harsh environments and those who work in them, such as first responders, soldiers, and more. The design's focus was taking the Galaxy Tab Active2 up a notch by improving productivity and portability capabilities.

The Galaxy Tab Active3 is built to be tough. It has acquired a MIL-STD-810H certification, meaning it can handle quite a lot of punishment. According to Samsung, the device has “shock absorption [that] is now able to withstand drops of up to 1.5 meters with an inbox protective cover.” Furthermore, it has an IP68 dust and water resistance rating so you can have “peace of mind when working in unpredictable outdoor environments.”
Under the hood, the Galaxy Tab Active3 has a Samsung Exynos 9810 processor, 4GB of RAM, and up to 128GB of internal storage with storage expansion with a microSD up to 1TB. As for connectivity, it will have Wi-Fi 6 and NFC as well as 4G LTE capabilities. If you need to take pictures, the Tab will have a 13MP and 5MP camera with a flash. The hardware under the hood is driving an 8-inch 1920x1200 PLS TFT LCD screen, which can have increased touch sensitivity to help gloved workers. If you cannot use your fingers, it will also have an IP68 S-Pen to use. The whole device will run Android Q, with a promise of three more Android upgrades in the future. To keep your device up and running on-the-go, the Tab will also have a 5050mAh battery with fast charging over USB 3.1 Gen 1 or POGO pins to make life easier.

The Samsung Galaxy Tab Active3 is built for the rugged worker and is designed to be tough. With its purported capabilities, it is set to be a handy tool in the arsenal of workers in the field. As of now, it is only available in Europe and Asia, with markets expanding later. We'll update this post once we found out information specific to the U.S. market.