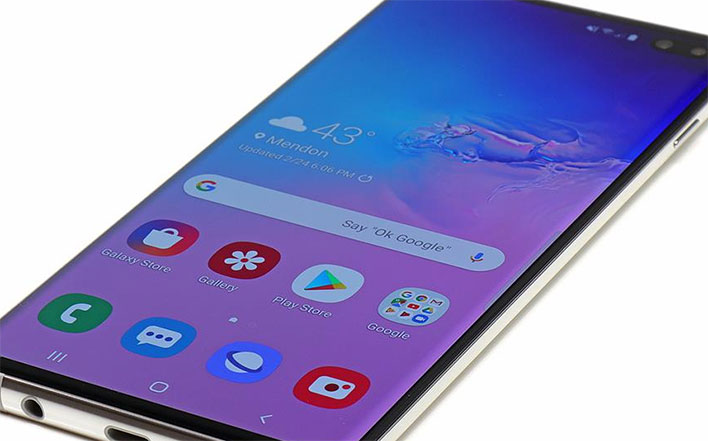 Slowly but speculatively, we are learning new details about Samsung's next flagship galaxy handset, the Galaxy S11. The latest bit comes courtesy of a China Compulsory Certification (C3) listing, which seemingly confirms the upcoming handset will sport a 5G modem for fast wireless connectivity, and 25-watt fast charging support.
The Galaxy S11 having 5G connectivity is something that has been leaked before. Earlier this month, prominent leaker Evan Blass shared some "preliminary details" about the Galaxy S11 on Twitter, saying there will be five different models spread across three screen sizes. They include...
All of the models are said to feature curved-edge displays, rather than recycle the flat screen design of the Galaxy S10 series.

The folks at XDA Developers spotted the C3 certification, which references a Samsung device with the model number SM-G9860, assumed to be the Galaxy S11. While the 5G certification is consistent with past leaks, the 25-watt fast charging support is new information
Incidentally, the Galaxy S10 5G also supports 25-watt fast charging, though the rest of the lineup limits support to 15 watts. In this case, it's not clear if all five Galaxy S11 devices—assuming the previously leaked information is correct—would support 25-watt fast charging, or just the highest end model. We'll have to wait and see.
It's also believed the Galaxy S11 will debut with a 108-megapixel camera sensor. Samsung has already developed one, and Xiaomi is the first out of the gate to use it. The Galaxy S11 would be a logical destination for the sensor as well.
Based on Samsung's past launches, it will probably still be a few months for the Galaxy S11 is announced.