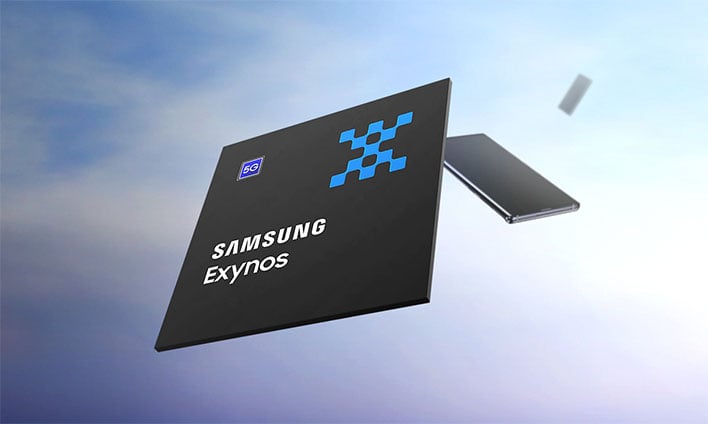 Samsung is close to releasing its Galaxy S21 series, and with it will come two system-on-chip (SoC) designs, depending on the territory. In certain markets like the US, the Galaxy S21 will arrive with Qualcomm's Snapdragon 888 processor sitting pretty inside, while in many other locations, Samsung injects its own Exynos hardware inside its flagship phones. In those locations, the Galaxy S21 will wield Samsung's Exynos 2100 SoC, and some leaked benchmarks give us an idea of what kind of performance it will deliver.
In most instances, the Snapdragon variant of Samsung's flagship phones end up outperforming the Exynos counterparts. Will that trend continue when the Galaxy S21 arrives? Well, Qualcomm claims its Snapdragon 888 will deliver big performance gains over the Snapdragon 865—up to a 25 percent boost in CPU performance and up to a 35 percent boost in GPU performance.
Early benchmarks indicate it could be an interesting comparison. Over at Geekbench, if you perform a search for "Exynos2100" (no space), several benchmark listings pop up for a "Samsung SM-G996B," which is the Galaxy S21 Ultra. Here is a look at one of the more recent benchmark runs... 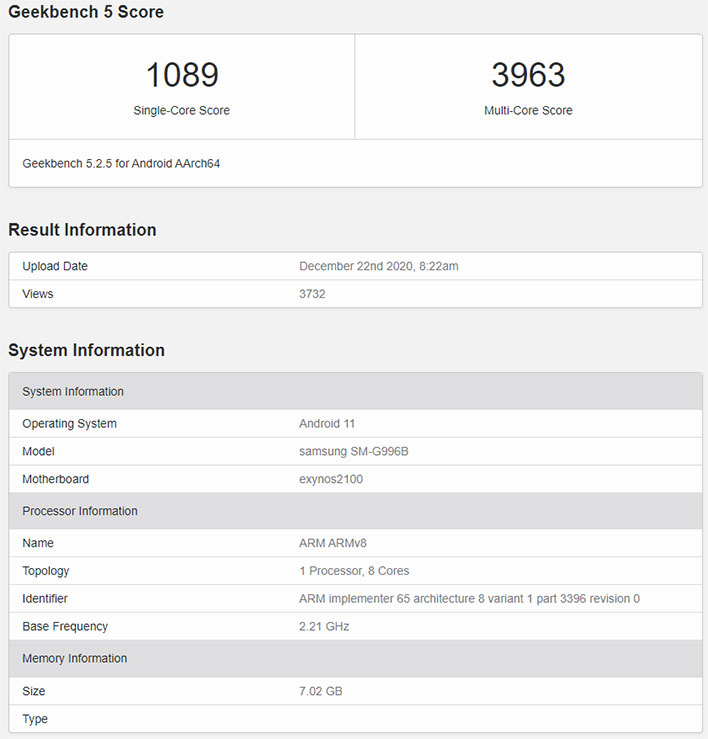 This one represents the highest multi-core score of the bunch, at 3,963. The highest single-core score of all the benchmark runs is 1,109, just slightly higher than this particular listing. How do those results compare to other hardware? Very favorably, if we compare the leaked benchmarks with our collection of scores. Here's how the single-core performance breaks down...
Based on our own testing, the top single-core score is right in line with the Snapdragon 888, which is nothing short of impressive (assuming the leaked benchmarks are accurate and hold up in real-world benchmarking runs).
Here's a look at how the multi-core performance compares...
Here the leaked Exynos 2100 does even better, coming out ahead of every Android phone we have ever tested, and coming in not all that far behind Apple's iPhone 12 mini with its A14 Bionic chip onboard.
This bodes well for the Exynos 2100. Even if it does not end up leading the pack, it looks as though performance between it and the Snapdragon 888 will be relatively close. That's good news for buyers who live in territories where the Snapdragon variant is not available.