Remember when we used to carry around point-n-shoot cameras and Polaroids for taking photos? Some people still do (and DSLR cameras for serious photography), but for the most part, pictures posted to Instagram and other places are largely taken with cell phone cameras nowadays, and companies like Samsung are putting a lot of research and development into improving them. To that end, Samsung today announced its ISOCELL JN1, which it is says is the world's first 0.64-micrometer (μm) pixel image sensor.
It is a 50-megapixel sensor with advanced technologies crammed into a small 1/2.76-inch optical format. And from Samsung's vantage point, the ISOCELL JN1 is also the most versatile image sensor it has ever built—it is compatible with existing 1/2.8-inch products, so it can be employed for front-facing, ultra-wide, and telephoto camera duties.

"Samsung’s advanced pixel technologies have once again pushed boundaries with the utmost precision to develop an image sensor with the industry’s smallest pixel size, yet with powerful performance. The new ISOCELL JN1 at 0.64μm will be able to equip tomorrow’s sleekest smartphones with ultra-high resolution mobile photographs," said Duckhyun Chang, executive vice president of the sensor business at Samsung.

"As we drive our commitment to innovation in pixel technologies, we will continue to bring a wide range of mobile image sensor offerings to the market," Chang addded. 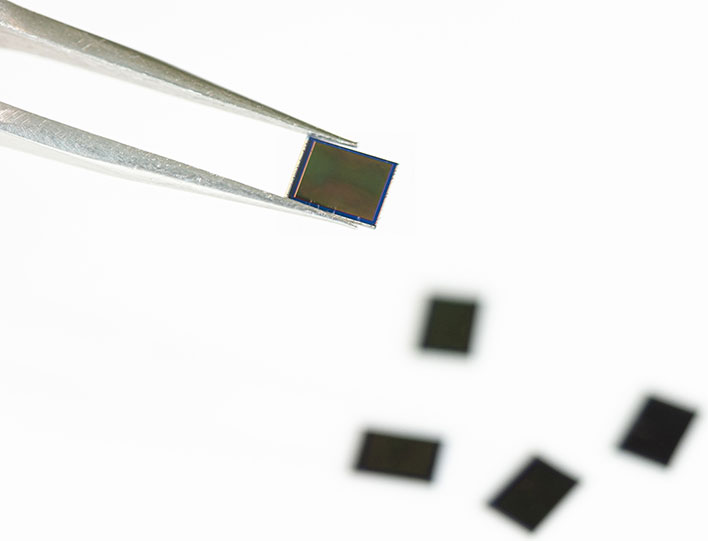 Samsung says its tiny sensor can reduce the height of a smartphone's camera module by around 10 percent, resulting in less of a camera bulge. It could also pave the way for even slimmer designs than the ones already out there. That said, a smaller sensor could come at the expense of image quality, and we will not know for sure if that is the case until phones outfitted with the ISOCELL JN1 materialize.
Regarding image quality, Samsung points to a range of technologies infused in the ISOCELL JN1, including enhanced dynamic range courtesy of Smart-ISO, a technology that changes the conversion gain based on lighting. It uses a low ISO mode in bright settings to retain details in the highlights, and a high ISO mode in poorly lit environments to reduce noise.
Lighting is key when it comes to photography, and can be challenging. To help overcome the challenge, the JN1 sensor leverages Samsung's ISOCELL 2.0 technology, which the company claims improves light sensitivity by arond 16 percent.
"For low-light environments, the sensor utilizes Samsung’s four-to-one pixel binning technology, Tetrapixel, which merges four adjacent 0.64μm-pixels into one big 1.28μm-pixel to quadruple light sensitivity for brighter 12.5Mp photographs," Samsung explains.
This suggests being able to take clear, mostly noise-free photos when lighting is less than ideal. In addition, Samsung says the JN1 features fast auto-focusing, even in low light situations.
For taking videos, the JN1 supports up to 4K resolution recording at 60 frames per second, or 240 frames per second when recording at 1080p. It all sounds promising, but when will the JN1 find its way into consumer devices? Samsung says it has begun mass producing the sensor, so we would expect to see designs by the end of the year.