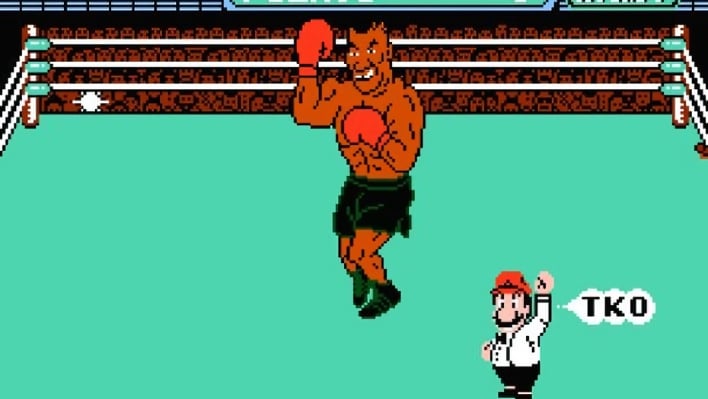 Gamers around long enough to remember the Nintendo Entertainment System game console will probably remember that one of the iconic games everyone seemed to have was Mike Tyson's Punch-Out. That video game debuted on the NES 33 years ago at the height of Tyson's fame. In a recent interview, Iron Mike said that he wanted to bring the iconic game back.

Tyson recently gave an interview to Shacknews, where he expressed interest in launching a new Punch-Out video game. He said during the interview that "we're" going to start our own Mike Tyson's Punch-Out game and Tyson Ranch computer game, and bring them both back to life. It's unclear who the "we" Tyson is talking about is or if the boxer is serious about bringing the games back. There are lots of retro gamers out there who would love a new version of Mike Tyson's Punch-Out.

Punch-Out was an interesting game because after Nintendo lost its license to use Mike Tyson's likeness, the iconic fighter was replaced with a character called Mr. Dream in subsequent Punch-Out releases. With retro gaming and fighting games both popular today, a new version of Punch-Out would certainly draw nostalgic gamers looking to play some of the games they grew up on.

As popular as Punch-Out was, there were Easter eggs that went unnoticed. To help players time knocking out Piston Honda, a man in the front row would duck just as players needed to punch. When fighting Bald Bull, there's a camera flash in the background that indicates when players should hit him in the body to end the fight in the first round. The same ducking spectator that signals when to punch Piston Honda also ducks in the second round of the Bald Bull fight signaling an opportunity for another knockout. Those Easter eggs went unnoticed for 29 years.