In a day and age where everything is connected, there is a growing need for high-speed and energy-efficient data transfers.  A technology that fits this bill could be used in anything from consumer applications to future spacecraft and space stations. Amazingly, this mysterious and powerful technology may not be just an idea, thanks to researchers at Raytheon, Intel, and other organizations.


According to MIT News, the research team, comprised of people from numerous companies and lead author Jack Holloway, developed a new high-speed data transfer system that can “transmit information 10 times faster than USB.” They then presented their creation to the IEEE International Solid-State Circuits Conference earlier in the month. Ultimately, this could be a cost-effective and faster replacement for current communication cabling. 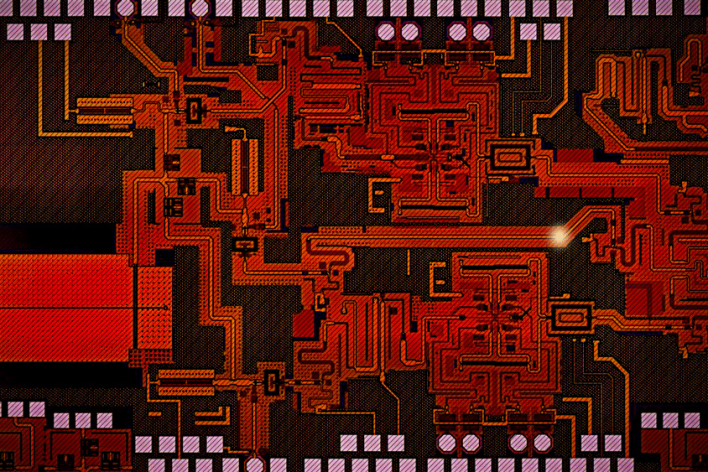 While fiber optic is an option for high-speed connections, it is a less than optimal solution since it cannot communicate directly to silicon as it uses photons. There are ways around this, but it doesn't make sense economically. The new type of link implements the benefits of both copper and fiber-optic cabling without any of the drawbacks. The new conduit is made of a plastic polymer as thin as human hair, which is lighter and potentially cheaper than copper cabling. Of all the benefits, though, the key feature is that it’s directly compatible with silicon chips, without any special manufacturing according to Holloway.

Furthermore, the link’s total bandwidth is 105 gigabits per second, making it “nearly an order of magnitude faster than a copper-based USB cable,” as MIT News stated. Senior Intel researcher Georgios Dogiamis further explained that this new tech could “address the bandwidth challenges as we see this megatrend toward more and more data.”


Overall, this kind of technology is incredibly exciting for the future of computing and connectivity in the modern era. Holloway stated that we could see data speeds at one terabit per second at a low cost due to how the cabling is made. Though this is quite a leap, there is likely much more testing to be done and manufacturing streamlining. Thus, we will likely hear much more in the years to come, so keep an eye on HotHardware for this potentially game-changing technology.
(Image courtesy of the researchers, edited by MIT News)