Have you ever wondered what kind of person is on the other end of a internet or social media rant? Usually, these kinds of people come off as brash and rude, but they may be the same way in real life, according to new research.

On Thursday, a paper titled “The Psychology of Online Political Hostility: A Comprehensive, Cross-National Test of the Mismatch Hypothesis” from Alexander Bor and Michael Bang Petersen at Aarhus University was published in the American Political Science Review. In this report, the team posed the question, “Why are online discussions about politics more hostile than offline discussions?” While the paper acknowledges the age-old adage that people’s behavior changes only because they are behind a computer or smartphone screen, neatly called the "mismatch hypothesis," there is actually much more to it than that. 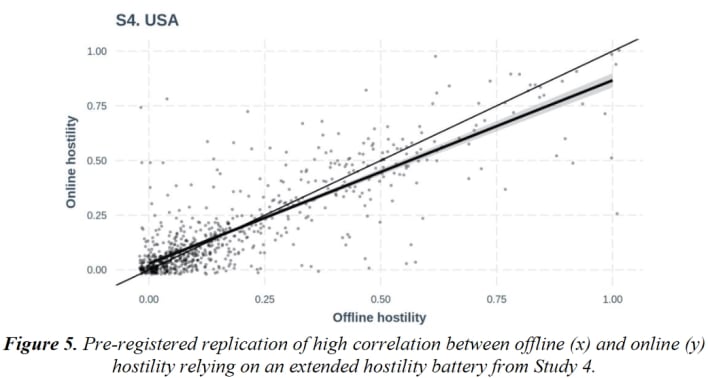 To test the mismatch hypothesis, among other metrics, researchers sought after people who participated in political discussions both on and offline. After narrowing the subject pool down to a set of 770 people who fit the criteria, data was collected on self-reported hostility. Participants were asked questions about their actions online and in the real world through two series of questions. As it turns out, the people questioned reported “equal levels of hostility online and offline,” therefore leading to a correlation of on- and offline hostility, and subsequent flaws with the mismatch hypothesis.

Further in the research, one alternative to the mismatch hypothesis focused “not only the psychological effects of online environments but on the actual affordances of online discussion environments.” The researchers continue, explaining that “online discussion environments are highly connected, public and permanent,” and that “the actions of just a few hostile individuals will be significantly more visible online than offline.” This effectively boils down to the well-known concept of a “vocal minority,” who end up being louder than most, perhaps more balanced individuals with differing opinions. Furthermore, people simply encounter more interactions online than in person, so they are more likely to see hostility online. 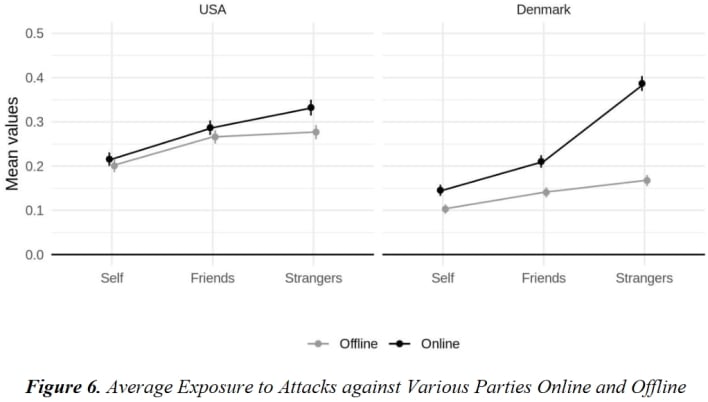 Using data collected from the United States and Denmark, respondents who participated in the research reported witnessing attacks against themselves, friends, and strangers both on and offline. Of course, the online hostility reports were higher than their offline counterparts, and online attacks against strangers had the most reports across both data sets.

With this finding in mind and the evidence clearly aligned against the mismatch hypothesis, the researchers concluded that while online political discussions may seem more hostile than offline discussions, there is no evidence that being behind a screen is the cause for this. Moreover, it is established that “people are not more hostile online than offline,” and that this could be caused by “Non-hostile individuals select[ing] out from all, hostile as well as non-hostile, online political discussions.”

Though there could be more psychological research into the topic, the person railing insults online could just be trying to inject humor in some way, or get opponents riled up. In any event, it is most certainly interesting research that should make everyone think twice before replying to a belligerent social media user. But, of course, it is almost always better to walk away, rather than feed the trolls.