We typically think of Razer's notebooks as being aimed at the gaming crowd, but the company has its eyes laser-focused on productivity with the new Razer Book 13. As its name implies, the Razer Book 13 has a 13-inch display (13.4 inches to be exact), but unlike most offerings in this space, it does not feature a 16:9 aspect ratio.

Instead, the Razer Book 13 is boasting an aspect ratio of 16:10 with up to an UHD+ resolution touch display (an FHD+ non-touch display comes standard), putting it on an even keel with the very popular Dell XPS 13. Even better is the fact that the bezels are razor-thin all around, yet there is still room up top for a HD webcam with a 4-microphone array (which is becoming more and more important in today's COVID-19 climate). 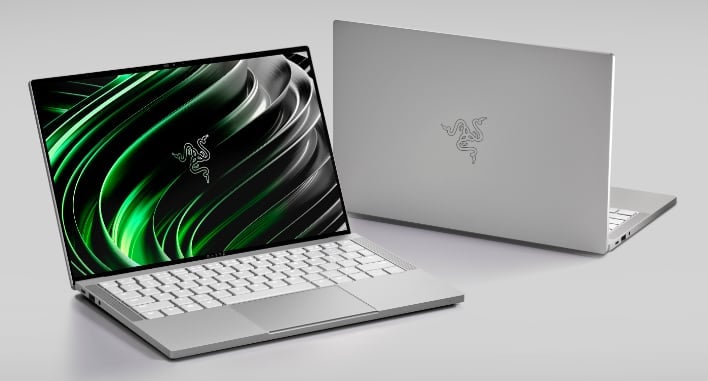 At the heart of the Razer Book 13 are new 11th generation Intel Tiger Lake processors: the Core i5-1135G7 and the Core i7-1165G7. The Core i7-1165G7 configuration is paired with 16GB of RAM along with a capacious 512GB SSD. Oh, and we can't forget the inclusion of Intel's much ballyhooed 12th generation Iris Xe integrated graphics, which brings a significant boost in performance over its 11th generation predecessor. Razer is using a vapor chamber cooling system to keep temperatures in check for the system while maintaining a relatively thin profile. In addition, the Razer Book 13 is Intel Evo certified, and as such promises up to 9 hours of "real world" battery life, and a quick 30-minute charge will result in 4 hours of added runtimes. 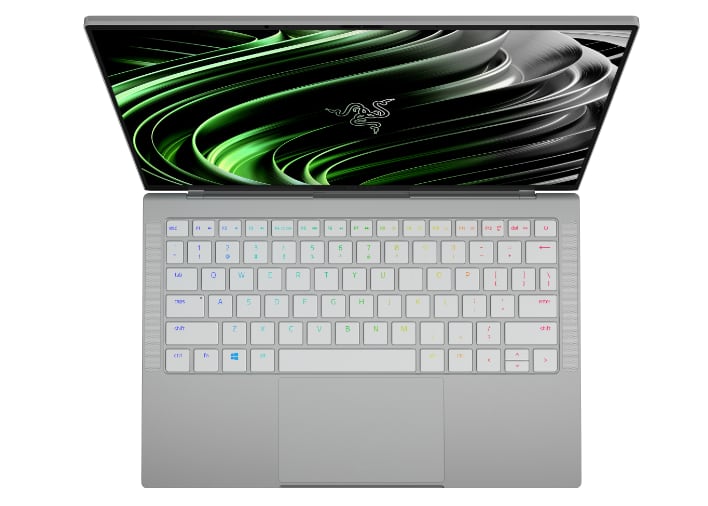