Raspberry Pi OS, originally named Raspbian, had a few big updates added to it on September 7, 2022. A good portion of those include UI and UX improvements such as new keyboard shortcuts, support for the NetworkManager app, upgrades to Picamera2, a searchable main menu, and better audio input control.

It has been ten years since the "credit-card-sized computer," the Raspberry Pi, hit the market. The first model of the device sported up to 512MB of RAM, a 700MHz ARM processor, ethernet networking, and a 26-pin GPIO—all for a base price of $35. The target market was makers where the small form factor and non-mechanical parts made it ideal for objects that could get jostled or impacted, such as robotics. Since its initial release the device has seen many new iterations of varying speeds, form factor changes, and hardware modifications. Of course, we've seen all kinds of really cool maker-things people have done with the Raspberry Pi.

Sometimes, though, people do just use it as a computer. If you just want a full computer built around the one, you could even get yourself a Raspberry Pi 400 kit. Whether it's for a development environment or even a daily driver operating system, updates are still important. So, the Raspberry Pi team has provided some awesome upgrades to the cool micro-computer's recommended operating system. 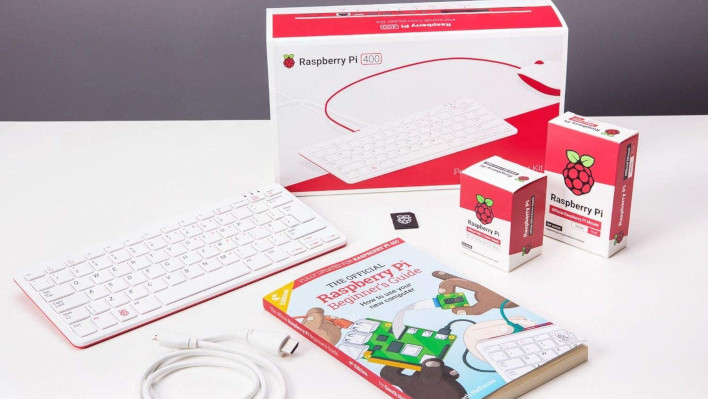 One big one is something that people have come to almost expect in the computing world—Search. Windows has Start Menu Search, macOS has Spotlight search, and most modern Linux distributions let you search installed apps or items in your menus. Well Pi users, your day to search your main menu is finally hear, you can just tap your "Special" key, as most Linux distributions call it, and start typing. Assuming your search matches something, you should start to see results right away, just like its older operating-system brothers! If you aren't clear on what the "Special" key is, on a Windows keyboard it is the Windows key, on a Mac keyboard that's the Command key, and on a Raspberry Pi branded keyboard that would be the Raspberry Pi key.

Also added into the latest release of the operating system is Picamera2, a Python camera interface. Ultimately little information is made available from the Raspberry Pi blog about the new OS release, but they promised a blog post about it later. What we do know is they claim the usage is much simplified compared to libcamera.

Another big deal is compatibility with the popular NetworkManager network management software for Linux distributions. While dhcpd is still the default for Raspberry Pi OS, you can choose to use NetworkManager instead to manage your network settings. In the same vein as NetworkManager, is better VPN support. You can now use the relevant VPN plugin that is compatible with your desktop software of choice. For example, network-manager-openvpn-gnome will let you manage an OpenVPN connection in the interface if you have NetworkManager installed.

One last seemingly smaller update is that there is now both a microphone and a speaker icon for audio device management. This allows for much more robust control for your audio devices.

If you want to grab the latest upgrades to Raspberry Pi OS, you can run the following commands via terminal.
sudo apt update
sudo apt full-upgrade
Then if you want NetworkManager, you can grab it via this command.
sudo apt install network-manager 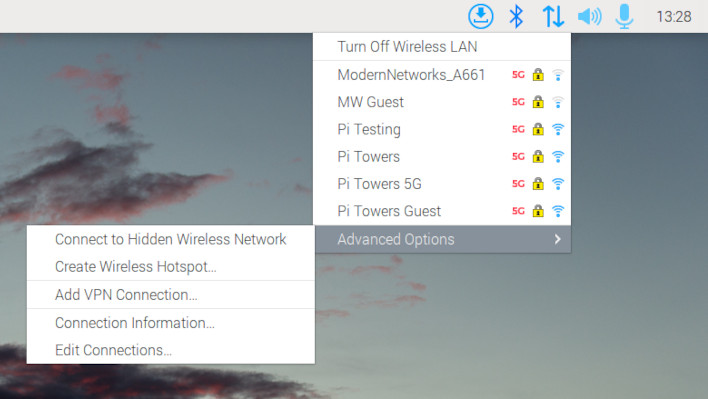 We still love the Raspberry Pi platform and all it has enabled people to do. We hope to see even more cool stuff in the future, especially as ease of use continues. The most recent Raspberry Pi available to most consumers is the Raspberry Pi 4 Model B.