One of the worst things for any musician who plays instruments like electric guitars is to blow an amp. Well, musicians, fret no more, unless you like your frets, thanks to the ingenuity of one YouTuber you can possibly repair your amp, assuming it's not the speaker, employing a Raspberry Pi in the process.

YouTuber, dsagman, managed to dial his damaged Vox guitar amp up to 11 with some awesome new features that don't require effects pedals. Starting his video with some sweet sounds, this YouTuber utilized the Raspberry Pi for classic guitar effects like reverb, wah, wet mix, distortion, and delay. That's a lot of cool effects to come from one little device.

Thanks to the Python library PYO, the YouTuber was able to put together a fun little single file python script that provides them with these awesome new amplifier effects. Using the potentiometers and code to detect the levels on said potentiometers, he was able to generate new effects and sounds through code manipulation as well. 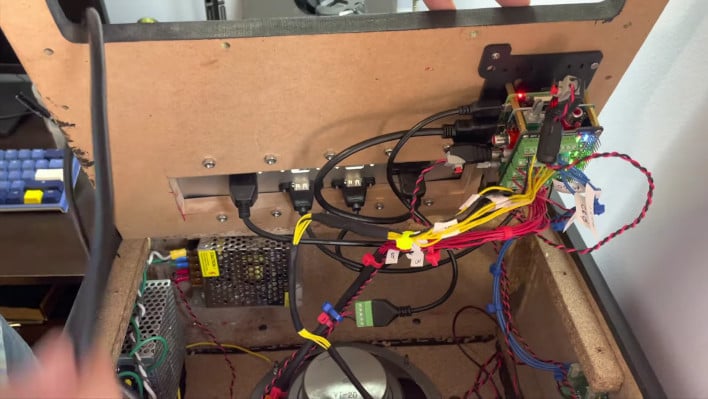 Ultimately, if you wanted to spend the time to build this yourself, you would need an overall knowledge of audio equipment, an amp of some sort and speaker setup, some programming knowledge, and wiring knowledge to make it work. If you want visualization, though, you might need a little extra wiring and knowhow so you can get LED displays to output properly along with, as this creator has, a breakout board. The exact details of hardware for this mod other than the Raspberry pi, the software, and what is seen is the video are not expressly shared. There are a bunch of different options for Raspberry Pi, but for the best results we would recommend using a Pi 3 Model B, or even newer, like a Pi 4 Model B. The reason we'd recommend a newer or faster CPU based Raspberry Pi is because when operating audio processing on slower CPUs or slower systems there is often a delay between input and output, and many many musicians get thrown off by this. 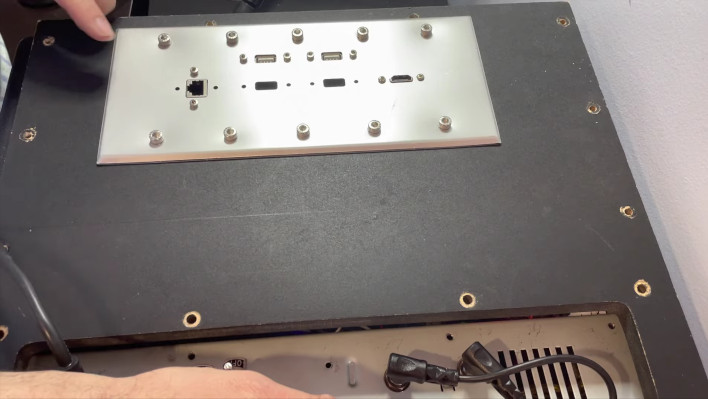 In addition to providing new effects through new knobs and potentiometers, there are also a bunch of new ports on the backplate for the device. It's a beautifully done piece of work with some very lovely sounds produced actually, so we highly recommend you checkout the video above.


Another interesting facet of this mod, is that it makes something like a Raspberry Pi control board for multiple pedals a potential reality. This possibly greatly reduce the cost of certain types of equipment for musicians, which we think is awesome.