If you're reading this site, then Quake surely needs no introduction. As the father of online FPS deathmatch, the legendary classic holds a place in the pantheon of foundational video game history. Id Software's first fully-3D FPS got the Night Dive remaster treatment recently, and the results are pretty solid.

The remastered version of Quake comes with the original title, both of its contemporaneous expansions, and two additional (fantastic) episodes made much later by Machine Games, developers of the recent Wolfenstein reboot titles. It's available on PC, PS4, and Xbox One systems, and owners of PS5s and Xbox Series consoles could download the last-gen versions on those systems.


There's no more need to do that now, though. A week after the first major update for the title, the PlayStation 5 and Xbox Series consoles have received their own custom versions of the game's re-release. Despite some minor visual updates, Quake is still a game from 1996, and because of that, owners of the current-generation consoles connected to capable displays can enjoy the game in full native 4K UHD resolution at a creamy-smooth 120 FPS. That support extends even to the relatively-lightweight Xbox Series S, which normally sees games limited to 1080p FHD or 2560x1440 QHD resolution. 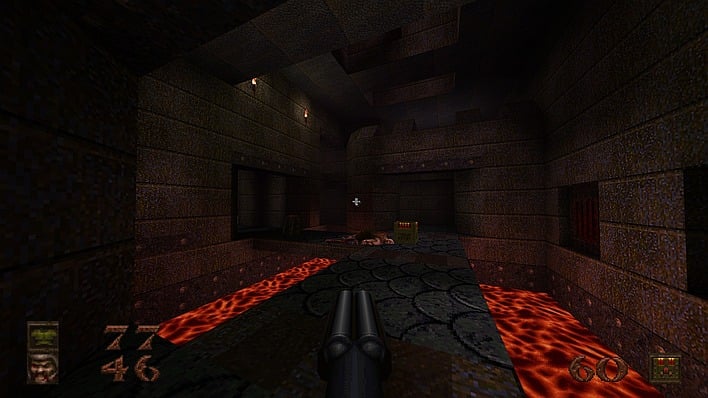 Xbox gamers can also enjoy Play Anywhere support, which means that if they own the game on the Xbox they can play it (and carry over their progress) on Windows PCs, too. Sony fans can enjoy support for the PS5 DualSense controller's adaptive triggers and integrated speaker. The update is free to all owners of Quake on the PlayStation and Xbox platforms.

Likewise, if you previously owned Quake on Steam, you already have this remaster in your library. And don't fret if you're a boomer who prefers the original DOS version, GLQuake, or a source port like DarkPlaces or QuakeSpasm—that game is still included and available in your Steam copy too.

The remaster is worth playing, though; it includes updated models and textures for creatures and weapons, as well as some new visual effects courtesy of the move to Night Dive's own KEX engine. Full online play for up to 16 players is also included. Contrary to pre-release rumors, it includes the full original soundtracks for the base game and its expansion packs. Naturally, the PC version already supported 4K UHD resolution (and even higher resolutions), and it also supports sky-high framerates, with a ton of configurability for weird aspect ratios and funky control layouts.

If you DON'T have Quake and you'd like to revisit the granddaddy of today's brown-on-brown shooters, it's available now on Steam, the Microsoft Store, and Bethesda's own store for just $9.99.