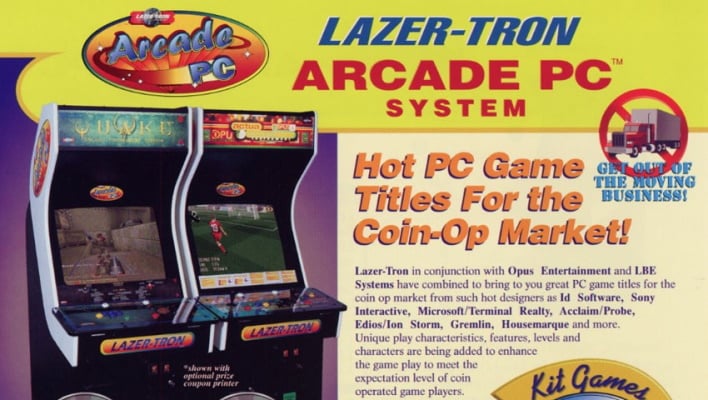 In the 22 years since 1998, Unreal Tournament was released and remastered, a long-forgotten 3Dfx graphics card has finally seen the light of day, and a little-known arcade port of Quake has finally been made available for emulation.


Quake Arcade Tournament Edition is quoted as being a “short-lived commercial ARCADE game from 1998.” This edition of the game was meant to be retrofitted with a Quantum3D Quicksilver Arcade PC. which was really just a Windows 95 PC with a 266MHz Pentium II, according to the Quake Arcade Tournament blog. The blog goes on to state that only a few of these arcade setups made it out into the world, and they claim it is one of the rarest arcade games out there. Back to 2020, we have the capability to emulate arcade games with the multi-purpose emulation framework, or MAME, which is a free and open-source piece of software. Not all games can be run in MAME, though. Just as we have DRM today on digital games, Quake Arcade Tournament Edition came with a dongle which, when plugged in, would allow the game to run, until today. GitHub users mills5 and medubelko have made a breakthrough which allows the game to run, stating:


Previously, quakeat was unplayable on home computers due to a missing physical copy protection dongle that would normally be plugged into the arcade machine. Attempting to run glquake.exe would result in a Security key not found error. This modified executable removes the dongle protection, so the port can be played on home computers.

If you go and take a gander at their GitHub page, you can follow the instructions and get to play Quake AT yourself at home. The instructions seem simple, and there are more than likely good YouTube tutorials out there so you can get into MAME. If you want to go on an arcade nostalgia trip with Quake, this is the way to do it.