Google parent company Alphabet had an ambitious plan to provide internet to underserved regions across the globe via Project Loon. Project Loon involved the use of high-altitude balloons that hovered in the Earth's stratosphere and provided internet connectivity to people on the ground. Commercial service first kicked off in Kenya, and balloons were later stationed to provide internet coverage following natural disasters in Peru and Puerto Rico.

While Project Loon has since been dissolved, the underlying technology is still beneficial in the communications field. For example, through the use of wireless optical communication (WOC) technology, Alphabet's Project Taara initiative can provide a 20 Gbps data link between two points with a clear line of sight. 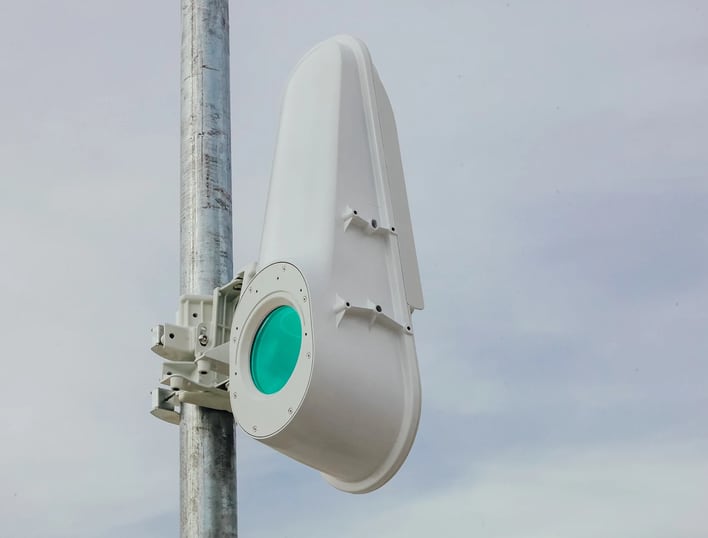 In this case, the Project Taara team was able to link up Brazzaville in the Republic of the Congo and Kinshasa in the Democratic Republic of Congo. The world's deepest river, the Congo, separates the two communities. Linking Brazzaville and Kinshasa together (which collectively are home to over 15 million people) using fiber cable would be prohibitively expensive (due to the need to route cables 400km around the river rather than through it) even though they are only separated by 4.8 kilometers.

However, with the use of WOC, the Project Taara team was able to use communication beacons mounted high up on towers to transmit 700 terabytes of data over 20 days. Even more incredible is that the link was operational with 99.9 percent availability during that nearly three-week period. Given the distance between the two communication towers, you might be wondering how the Project Taara team could achieve almost 100 percent availability. Well, they write:

Imagine pointing a light beam the width of a chopstick accurately enough to hit a 5-centimeter target that's 10 kilometers away; that's how accurate the signal needs to be to be strong and reliable... By automatically adjusting things like the amount of laser power we're transmitting, or how we're processing bits on the fly, the reliability of our links has greatly improved. These techniques combined with better pointing and tracking capabilities has meant that when Taara's beam has been affected by haze, light rain, or birds (or a curious monkey) we've not seen any service interruptions.

It should be noted that the Congo is a perfectly ideal place for Project Taara's WOC because of its ideal weather conditions and visibility. The team says that deploying such a system in a foggy region like San Francisco would never fly.