When it comes to current-generation graphics cards, obtaining something like a Radeon RX 6800 or Radeon RX 6800 XT at MSRP is a fanciful dream. Laying hands on the flagship Radeon RX 6900 XT is an even more daunting proposition, with sealed retail units selling at nearly twice their $999 MSRP on marketplaces like eBay. 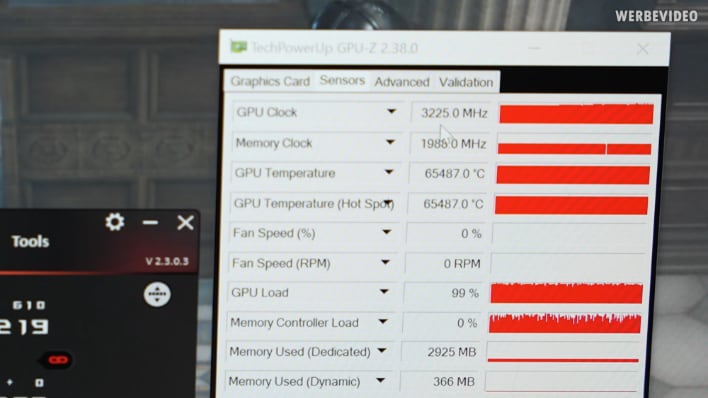 But he wasn’t going to stop there, of course. He removed the water block and hooked the graphics card to an LN2 chiller to bring the operating temperature down to a low -87 degrees Celsius. This LN2 setup allowed der8auer to achieve a world record overlock of 3.225GHz.

This is an overclock that we mere mortals wouldn’t dare attempt to recreate – especially with expensive and highly sought-after graphics cards like the Radeon RX 6900 XT – as most would be content with the performance afforded by the stock water block. However, we must commend folks that are willing to push the boundaries with exotic cooling like LN2 to see just how much modern PC hardware can take.