The quirky little Playdate handheld gaming console is finally getting closer to release. Panic, the company behind the eye-searing yellow device, says that it will finally be available to preorder in July. And if all goes according to schedule, the Playdate will start shipping later this year.

Unfortunately, Panic isn't more specific on the official preorder date but said that the Playdate would come with a $179 price tag. That's $30 more expensive than initially announced, but Panic promises to make it up to customers when it comes to games (more on that later).

As for the console itself, it's powered by a miserly 180MHz Arm Cortex M7 SoC with 16MB of RAM, paired with 4GB of NAND flash (up from 2GB as initially announced). The 2.7-inch monochrome display has a resolution of 400x240, and it has a built-in mono speaker. Wireless duties are handled by 802.11n Wi-Fi and Bluetooth, but perhaps the quirkiest feature of the Playdate is that it features a hand crank that can be used as a controller (i.e., firing the chaingun in Doom).

Panic also announced a couple of accessories, including the Playdate Stereo Dock, which makes the console look somewhat like an old-school black and white tube TV. The dock doubles as a charging stand and includes a stereo Bluetooth speaker and a pen holder, which is nice, we guess. Unfortunately, pricing hasn't been announced for the dock. There's also a custom cover to protect the display and the back of the device, which will cost $29. However, you can order a Playdate Bundle that includes the cover for $199, which represents a $10 discount. 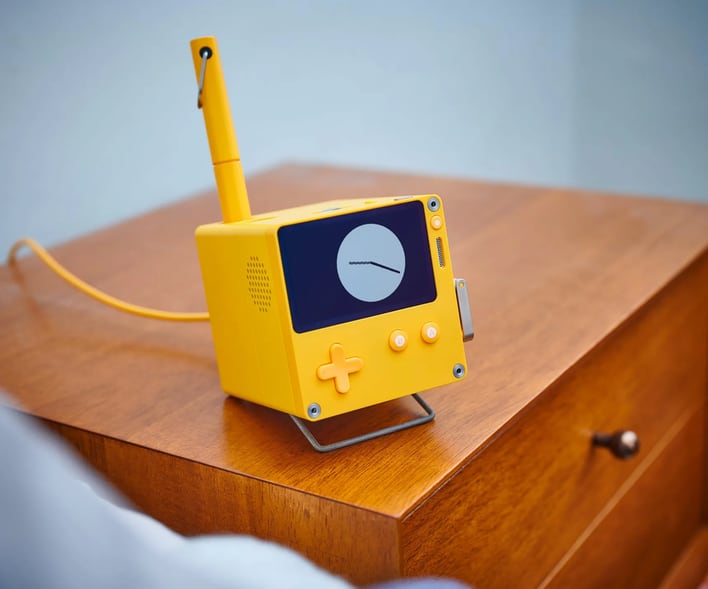 When Panic originally announced the Playdate, it said that the console would include 12 games at no additional charge. However, that figure has since doubled to 24 games. The company says that its first "season" will deliver two games per week over the course of 12 weeks. So far, the company has announced 21 games that will be part of the first season, with the remaining three to be revealed at a later date. 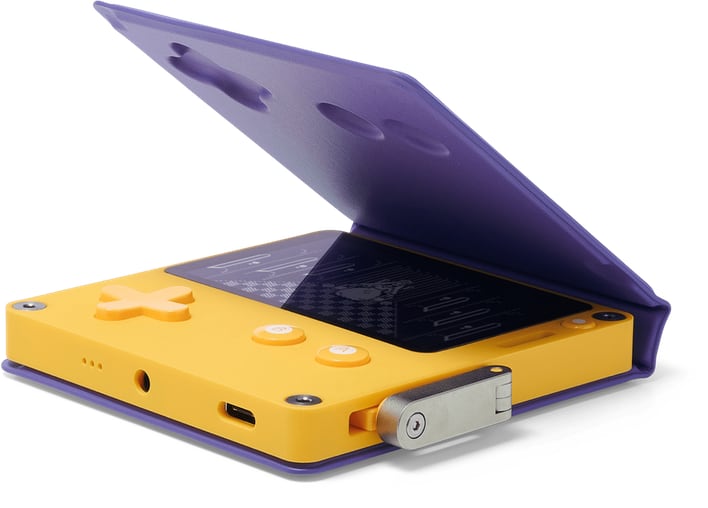 These are the 21 games (and their developers) that have been announced so far:

We're eager to hear more about the Playdate as the preorder window approaches and will be keen to see how much the Playdate Stereo Dock will cost. Until then, stay tuned to HotHardware for future updates.