The Xbox Series X is the most powerful current-generation console on the market (thanks to custom AMD Zen 2/RDNA 2 hardware), and it supports several advanced graphics technologies to boost the gaming experience across the board. Now, the Philips Momentum display is leveraging all this tech in what is described as the world's first "Designed for Xbox" monitor.

For starters, the Momentum (559M1RYV) is a 55-inch display with a 4K resolution. In addition to its DisplayHDR 1000 certification, the display features a minimum 120Hz refresh rate (144Hz maximum on PCs) along with AMD FreeSync Premium Pro support. If that wasn't enough, Philips has also incorporated a dedicated Xbox Game Mode that is "specially tuned picture quality for the Xbox." 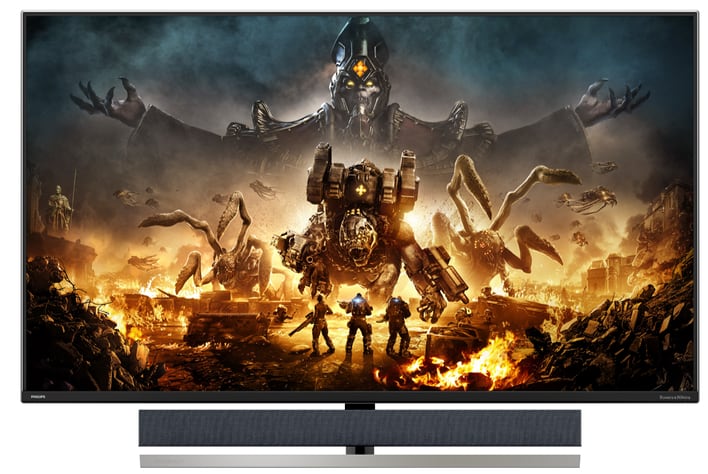 Finally, the Momentum includes an integrated Bowers & Wilkins soundbar directly beneath the display.

"At Xbox, we're always looking to give our fans choice in how, what and where they play their favorite games," said Matt Kesselring, Director of Xbox Hardware Partnerships. "Today, we're excited to announce our partnership with Philips monitors to deliver the first Designed for Xbox monitors, giving fans a unique display with technology and features that provide the ultimate console gaming experience for Xbox Series S/X."

Not to be left out, ASUS has an offering of its own with the ROG Strix XG43UQ Xbox Edition. The XG43UQ is a 43-inch gaming monitor with a 4K resolution and support for up to 120Hz refresh rates on Xbox Series S and Xbox Series X consoles. Like the Philips Momentum, hooking the XG43UQ up to a PC will boost that maximum refresh rate to 144Hz.

Other specs include HDMI 2.1/FreeSync Premium Pro support, DisplayHDR 1000 certification, Display Stream Compression (DSC), and GameFast Input Technology to minimize input lag. And given that this is an ROG-branded devices, you won't be shocked to find Aura Sync lighting technology onboard.

The Philips Momentum 55-inch display is set to launch this Summer for $1,599, while the smaller ASUS ROG Strix XG43UQ Xbox Edition is coming in October priced at $1,399.