PC Master Race Fortnite Gamers Are In For A Huge Visuals Upgrade With v17.00

As computer components get better, so too do the visuals in games like Fortnite. When the new consoles from both Microsoft and Sony came out late last year, Epic Games introduced new visual effects and features to improve the player experience. Now, those upgraded visuals are finally making their way to PC on June 8th with the Fortnite v17.0.0 update.

Beginning with Chapter 2, Season 7, players on the Epic quality preset will notice "improved Storm and cloud effects, as well as enhanced simulations for smoke and liquid." Moreover, these players will also see improvements in post-processing and lens flare effects. All of this should culminate in better overall graphics in-game and a better experience, but it comes at a cost. 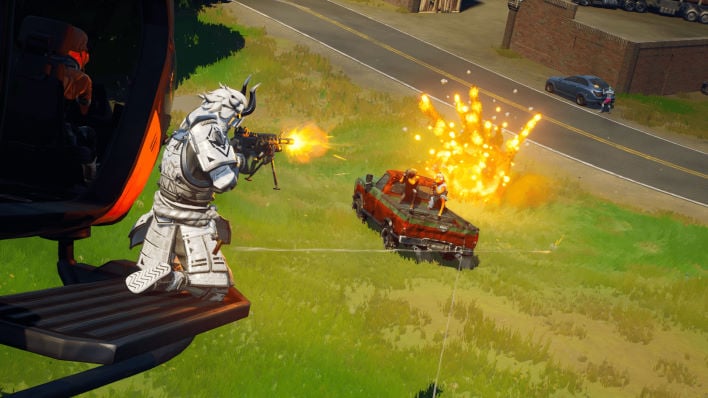 These upgrades require slightly heftier hardware for optimal performance, so recommended and optimal specs are changing along with the presets. Starting with the v17.00 update, the previous Epic preset will become the new High Preset, so players will have mixed results depending on their hardware. With this, the new recommended specifications for the Epic Preset only now include an NVIDIA GeForce GTX 1080 or an AMD Radeon RX 5700 XT paired with either an Intel Core i7-8700 or AMD Ryzen 7 3700X. Thankfully, the low and medium settings will not be changing going forward. However, in an unrelated change, the new default recommended GPU is switching to an NVIDIA GeForce GTX 960, AMD R9 280, or equivalent DX11 GPU.

All told, Fortnite v17.00 should be fairly impressive considering the changes. Though it may take a little higher-end hardware to have the best experience, it should be worth it. Hopefully, we will see more changes like this in the future, so stay tuned to HotHardware for updates.