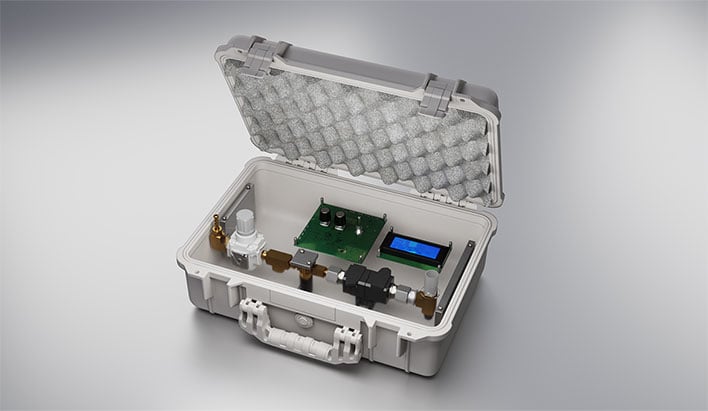 Bill Dally joined NVIDIA over a decade ago as the company's chief scientist, after spending 12 years at Stanford University as chairman of the computer science department. He's an incredibly smart individual who has published more than 250 papers and holds over 120 patents. Now he can add a low cost ventilator design to his long and growing list of achievements.
The ventilator design he came up with only costs $400 and can be assembled rather quickly. To put that into perspective, traditional ventilators can cost upwards of $20,000, and that's during normal times—at the moment, we find ourselves with a shortage of ventilators as COVID-19 continues to spread.
"I hope that we don’t get so many people sick that we run out of ventilators," Dally says. "But I want to make sure if we do, something like this is ready."
Dally points out that among those who get infected with COVID-19, between 0.3 percent and 0.6 percent end up needing a ventilator. This is what drove him to design simple, lower cost ventilator. The design he came up with is based on two main parts, including a proportional solenoid valve, and a microcontroller to regulate the flow of gas.
According to Dally, it only takes around 5 minutes to assemble the necessary parts, which sits inside a Pelican carrying case. Though quick and easy to make, it's still a relatively high tech piece of equipment, with sensors to meter airflow and compensate for valve inaccuracy, control pressure, monitor for alarm conditions, and so forth.
It's nice to see engineers and tech companies shifting some of their focus to healthcare during this pandemic. For example, Intel and Razer have been donating medical supplies to hospitals, while boutique builder Maingear also designed a ventilator. As it relates to Dally's design, his goal is to bring the cost down even further, to just $100.