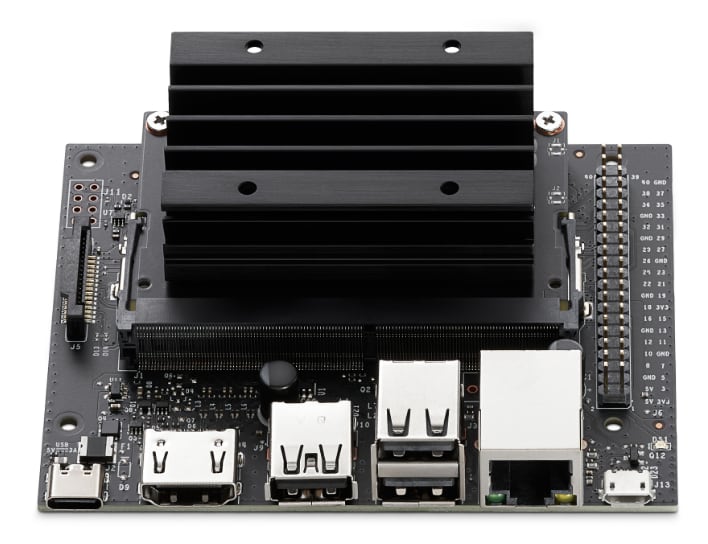 First introduced in 2014, NVIDIA's Jetson platform has been available to developers and tinkerers looking for cost-effective and powerful computing solutions for artificial intelligence and robotics applications. Now, NVIDIA is looking to reach an even broader audience with its new Jetson Nano 2GB Developer Kit.

Powering the Jetson Nano 2GB is a 64-bit, quad-core (Cortex-A57) processor that operates at 1.4GHz. The CPU core is joined by a venerable Maxwell GPU (128-core), giving it much more onboard power than what you'd find in a Raspberry Pi 4 for AI operations. As its name implies, it comes with 2GB of storage, which is exactly half that of its predecessor. However, in exchange for the 2GB that it gives up, the new Jetson Nano can be powered via a USB-C port onboard rather than the proprietary connector that has graced previous Jetson Nano models.

Looking at its port arrangement on the back, we see a single USB 3.0 port, two USB 20 ports, HDMI out, and a GbE port. Also onboard the device is a CSI camera connector along with the standard 40-pin GPIO connector. As an added bonus, Jetson Nano 2GB boards destined for the United States will come with a USB Wi-Fi dongle in the box for those that don't have immediate access to internet connectivity via the GbE port.

“While today’s students and engineers are programming computers, in the near future they’ll be interacting with, and imparting AI to, robots,” said Deepu Talla, who servers as VP and GM for Edge Computing at NVIDIA. “The new Jetson Nano is the ultimate starter AI computer that allows hands-on learning and experimentation at an incredibly affordable price.”