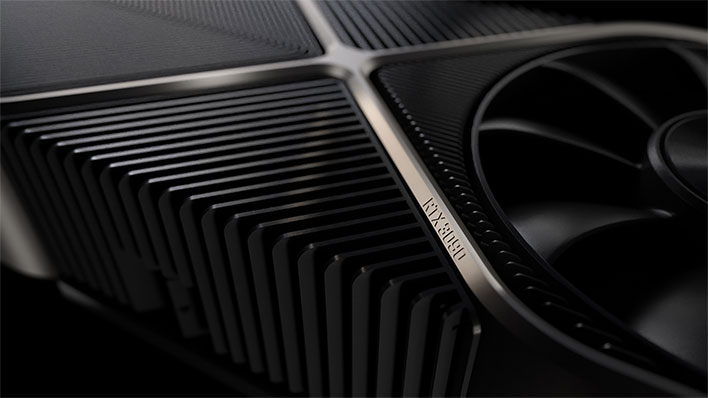 We already know how the GeForce RTX 3080 performs, because the reviews are out (including our own), and simply put it is a gaming monster. Next on tap, however, is the GeForce RTX 3090. While NVIDIA pitches the former as its flagship consumer GPU, it is the latter that truly occupies the flagship space. But how does it perform? Some leaked benchmarks give us an idea, ahead of the card's retail launch next week.
The benchmarks come from a variety of sources. One of them includes the Geekbench 5 database, where a GeForce RTX 3090 has recorded a CUDA score of 249,153. For reference, the cumulative average of GeForce RTX 2080 Ti CUDA scores in Geekbench 5 is 162,681. It is not an apples-to-apples comparison, but it's the best we have to work with at the moment.

A similar situation plays out over at UserBenchmark. Have a look... 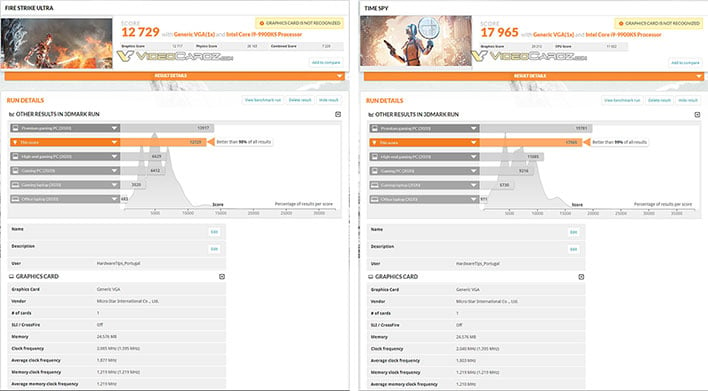 The scores that are of most interest are the Graphics ones, for comparing GPUs. Here's how things shake out with the above leaked scores, next to our own results...
Based on these results (and take the comparisons with a grain of salt), the GeForce RTX 3090 is around 20 percent faster than a GeForce RTX 3080 and 58 percent faster than a GeForce RTX 2080 Ti in Fire Strike Ultra. In the Time Spy test, its performance advantage checks in at nearly 18 percent and 51 percent, respectively.
While perhaps fun to look at, a much better view of the GeForce RTX 3090's performance will come into view next week when the card launches and we light it up ourselves for benchmarks. NVIDIA's GeForce RTX 3090 will be available September 24th. Stay tuned.