The cards have been leaked over and over for the past few months, but now they're official. We're, of course, talking about the GeForce RTX 3070 Ti and GeForce RTX 3080 Ti. These are the latest entries in NVIDIA's growing Ampere gaming family and promise to deliver even greater performance than their GeForce RTX 3070 and RTX 3080 counterparts.

NVIDIA describes the GeForce RTX 3080 Ti as "The new flagship gaming GPU of the GeForce RTX family," although we wonder where this leaves the GeForce RTX 3090. As such, the official specs match what's been roaming around in the recent rumor mill. That means 10,240 CUDA cores, 80 RT cores, 320 texture units, and 112 ROPs. NVIDIA is quoting a maximum boost clock of 1665MHz along with 12GB of 19Gbps GDDR6X memory on a 384-but bus (912GB/sec memory bandwidth). Total Graphics Power (TGP) for the board is rated at 350 watts. 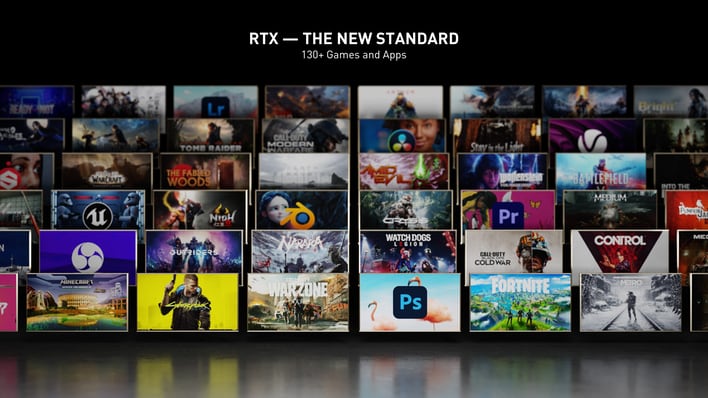 NVIDIA says that the GeForce RTX 3080 Ti will go on sale on June 3rd, and it will be available -- in limited quantities -- as first-party Founders Edition boards. However, most people will get their hands on custom boards in stock and factory-overclocked versions from the usual suspects like ASUS, Gigabyte, MSI, and EVGA (among others).