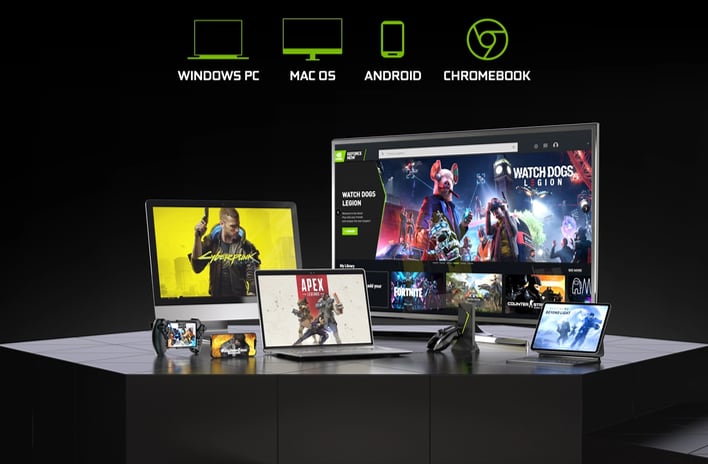 NVIDIA's GeForce NOW cloud gaming service first went into beta way back in September 2015, but it wasn't until February 4th, 2020 that it was finally ready for its official public launch. So that means that today is GeForce NOW's first birthday and NVIDIA is celebrating with a few announcements for this week's GFN Thursday.

The company was quick to point out some highlights for GeForce NOW's first "official" year in service: over 175 million hours of gaming have been streamed by subscribers, including 100 million hours for multiplayer games and 16 million hours for indie games. Currently, over 800 games are supported, including 80 free-to-play titles (Fortnite was understandably the most popular free-to-play game that was streamed) said NVIDIA in a blog post.

Owing to its popularity -- despite its disastrous launch -- over 3 million hours of Cyberpunk 2077 have been streamed with RTX ON since December. 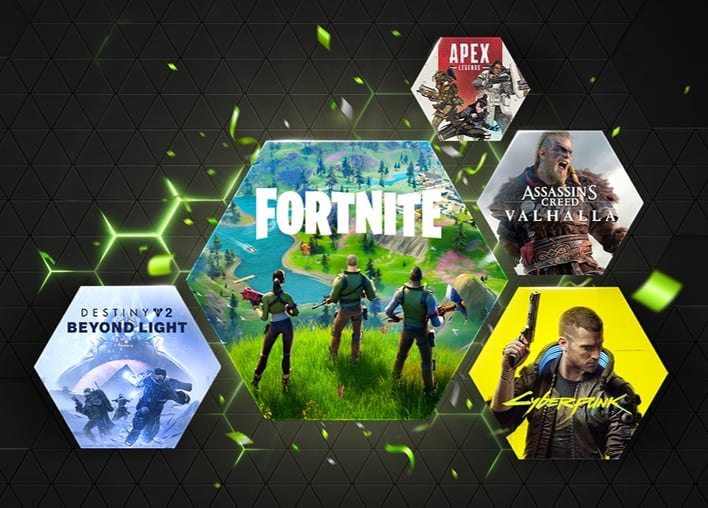 NVIDIA also confirmed what we learned earlier this week; that beta support for the Google Chrome browser has been added for both Windows PCs and Macs running macOS. And there's also a native client that now support Apple M1-based Macs that launched last year.

NVIDIA says that over 30 new games that will be coming to GeForce NOW this month. But given that this is GFN Thursday, here are the games that have been specifically added today:

GeForce NOW has been a very successful endeavor thus far for NVIDIA, allowing gamers to stream the latest AAA titles on PCs that have meager specs. GeForce NOW is even supported on streaming devices like NVIDIA's own SHIELD TV along with Android and iOS devices (using a Safari browser workaround). Standard access to GeForce NOW is free and allows you to stream for 1 hour at time. The Founders membership is $24.95 for 6 months, and gives you priority access to servers, extended session lengths, and RTX ON in supported games.