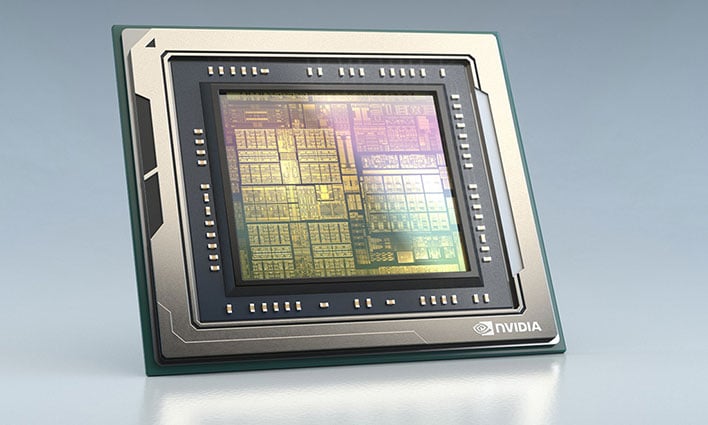 NVIDIA is making a Herculean effort to bolster self-driving cars with vastly upgraded chip technology, Specifically, NVIDIA this week unveiled its DRIVE AGX Orin platform designed to handle the large number of applications and deep neural networks that run simultaneously in autonomous vehicles and robotics, with safety checks in play as well.
The heart of the new platform is Orin, a system-on-chip (SoC) packing 17 billion transistors. It is the culmination of four years of research and development. It integrates NVIDIA's next-generation GPU architecture and ARM's Hercules CPU cores, along with deep learning and computer vision accelerators.

All combined, NVIDIA says the chip is capable of delivering 200 trillion operations per second. That is around a seven-fold increase over NVIDIA's previous generation Xavier SoC. As a whole, the software-defined DRIVE AGX Orin platform will enable architecturally compatible systems to scale from a Level 2 to a full self-driving Level 5 vehicle.
"Creating a safe autonomous vehicle is perhaps society’s greatest computing challenge," said Jensen Huang, founder and CEO of NVIDIA. "The amount of investment required to deliver autonomous vehicles has grown exponentially, and the complexity of the task requires a scalable, programmable, software-defined AI platform like Orin."
Orin and Xavier are both programmable through open CUDA and TensorRT APIs and libraries. This means developers can leverage their investments across multiple product generations, rather than having to start anew.
It will take some time for consumers to see the fruits of this effort—the DRIVE AGX Orin family will come in a range of configurations, with automakers targeting 2022 for production of cars based on the platform.