While Tesla might grab all the headlines regarding electric vehicles these days, we can't forget that Nissan was really the first to bring us a mainstream, mass-market EV with the Leaf in 2010. That goofy-looking EV had just 73 miles of range, but it was sufficient for many people with short daily commutes.

Nissan introduced the second-generation Leaf in 2017, which boosted the range to 151 for the base vehicle or 226 miles for the "Plus" variants. Nissan today announced that its second-generation Leaf is now getting a massive price cut four years into its lifecycle, which could make it even more attractive to eco-conscious drivers.

These prices are even more compelling because, unlike competitors from General Motors and Tesla, the Leaf still qualifies for a $7,500 federal tax credit. That means that the entry-level Leaf would cost you $19,900 after credit, while the Leaf SL Plus would come in at $29,900. We have to caution that not everyone can take full advantage of that $7,500 credit; it will highly depend on your income and tax burden for the calendar year when you purchase the vehicle. Throw in state and local incentives, and you could see even greater savings. 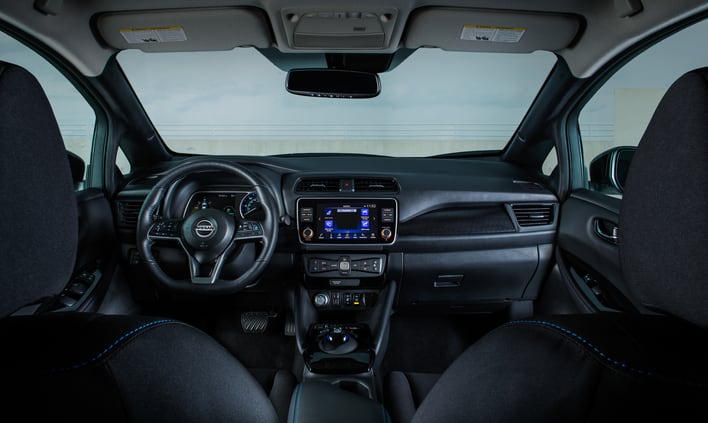 For comparison, the cheapest Tesla Model 3 Standard Range Plus costs $39,990 and gets 263 miles per charge; however, it is ineligible for the federal tax credit. The Chevrolet Bolt starts at $31,000 and has an electric range of 259 miles per the EPA.

Although Nissan was among the first in the U.S. to widely embrace EVs with the Leaf, it hasn't expanded its electric lineup. However, that will change soon with the arrival of the Ariya crossover EV. Nissan says that the vehicle boats up to 389 horsepower and a 300-mile range to compete with the Tesla Model Y. The crossover was initially supposed to launch during spring 2021, but it is still nowhere to be found here in the United States.