What is your console of choice? Do you like portable handhelds like the Nintendo Switch? Of course you do, or at least a really solid number of you do according to First Quarter sales numbers from Nintendo.

Nintendo's new financial report that outlines projections for 2023 and provides a historical data for everything up through Q1 of 2022 indicates there have been at least 111 million Nintendo Switch units sold. That includes both original and OLED editions of the unit. That brings the Switch to the third best-selling hardware in Nintendo's arsenal. Check out the table below to see the total sales numbers in order of best-selling device from the Japanese developer.

Despite those relatively positive numbers in unit sales, the report outlines that sales from Nintendo's dedicated video game business had declined by 4.7% in Q1 of 2022 overall. It cites the global semiconductor shortage that has affected everything from computer components to cars. In addition, it mentions the new OLED model of the Switch does have a higher price tag, making it a "harder sell" to some consumers. The same section of the report points out that while royalty income from licensing Nintendo's intellectual property remained stable on mobile, overall sales in that department dropped a whole 16.8% from the previous year.

All of those negatives so far indicate a reduction in gross profit in the first quarter of 2022. However, major intellectual property releases or expected titles have gone hand in hand with increases in sales. For example, when Animal Crossing for the Switch was released in 2021 the actual gross sales numbers jumped. Additionally, Nintendo Switch Sports also showed more than 4 million units sold in the first 10 weeks of sales worldwide. So as there are a few new planned releases coming up - like Xenoblade Chronicles 3, Splatoon 3, a new Mario Kart Course Pass, and Kirby's Dream Buffet - there is an expectation of increases in sales for Nintendo. 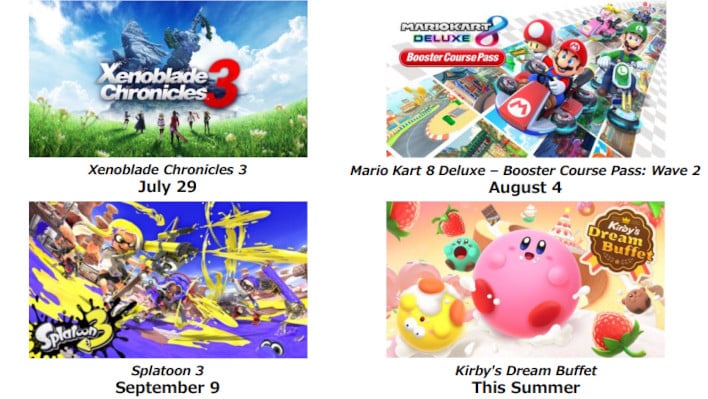 
For Nintendo and investors alike, this is actually relatively standard in this industry despite those reductions. Holidays during Q4 always boosts sales, so Q1 is almost always a little slower. Additionally, the Switch itself, while still a fantastic portable console, is hitting the five-year mark in age. It is facing increased competition from newer handhelds like the Steam Deck which doubles as a portable PC. Hopefully the Switch is able to see a longer lifespan like some of its older siblings from Nintendo, which the company could accomplish with a more meaningful refresh than the OLED update.