Could A Nintendo Switch Pro Arrive In Early 2021 To Counter PS5 And Xbox Series X?

Could there be a third Nintendo Switch on the way? That appears to be the case according to a new report coming out of Taiwan. The Economic Daily News is alleging that a new Switch will enter production during the closing months of 2020, and will be on sale globally during Q1 2021. We’ve been hearing rumors off and on about a new Nintendo Switch model making its way to console gamers, and this is just the latest one.

The Switch started off as an immediate success for Nintendo when it launched in early 2017, giving users the choice of playing games on a big screen TV with the included dock or on-the-go with detachable Joy-Con controllers. It was followed up in July 2019 with the Nintendo Switch Lite, which is a portable-only gaming console that lacks the detachable Joy-Cons and docking capability. It also comes with a $100 cheaper price tag, which has made it a popular choice with gamers.

From what we can tell, this new console isn’t a next-generation Switch; instead it will represent yet another branch for the current console family. There aren’t many specifics as to what this new model will entail, but we’re getting rather vague descriptions suggesting that it will have a better display and upgraded “interactivity”; whatever that means. From all appearances, however, this will be a flagship device that will sit above both the Switch Lite and the standard Switch. 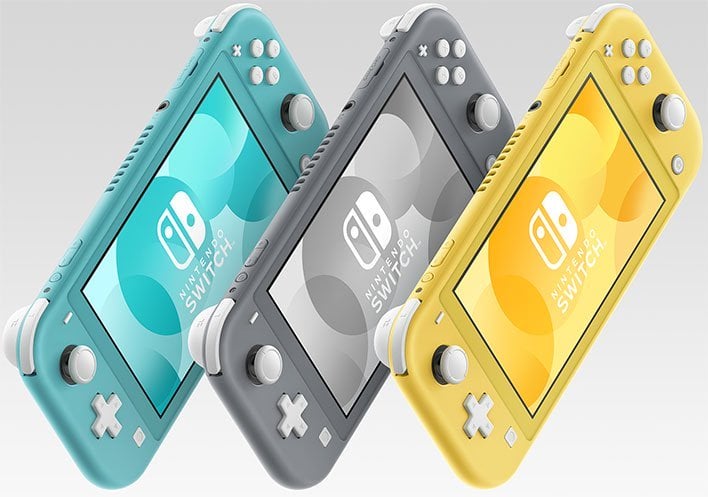 Could this be the Nintendo Switch Pro that everyone has been predicting for the past two years? It’s quite possible. Kantan Games analyst Dr. Serkan Toto stated back in early January 2020 (which seems like eons ago after the year that COVID-19 has dealt us) that a Switch Pro was a near lock for a late 2020 launch.

"There is absolutely no doubt in my mind that Nintendo will launch a ‘Switch Pro’ in 2020, my guess is at $399," said Toto at the time. "More specifically, I predict 4K support, bigger cartridge sizes, and of course beefed-up components.”

$399 could be the sweet spot for a Switch Pro, which would likely easily undercut the Sony PlayStation 5 and Microsoft Xbox Series X, which are both rumored to retail for around $599 when they launch later this year. Even if it managed to pack a more potent CPU and GPU onboard, the Switch Pro still wouldn’t be able to dish out the kinds of graphics that we’d see with the PlayStation 5 or Xbox Series X (or the PlayStation 4 Pro/Xbox One X for that matter), but that lack of firepower hasn’t been a detractor for the Switch family in the past. In the end, it all comes down to the first-party games, which Nintendo has been able to deliver consistently to wide-eyed gamers year after year.