Musk Says Neuralink AI Brain Chip Could Give You Super-Human Hearing, Spotify In Your Head 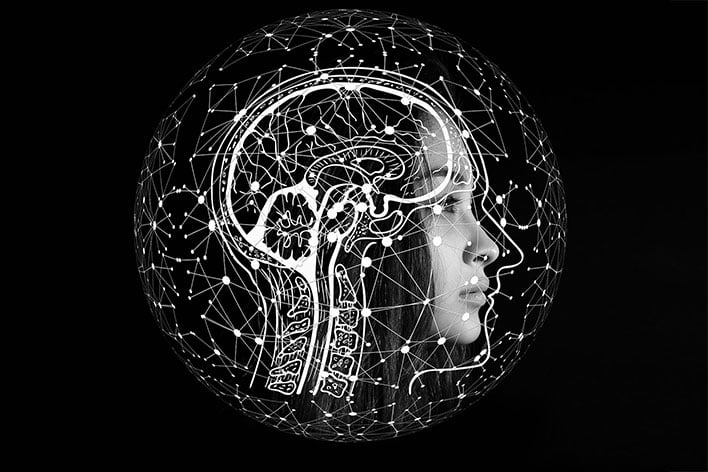 Who needs earbuds when you can simply listen to your favorite songs in your head? Elon Musk recently provided more information about the mysterious Neuralink. Neuralink will reportedly be able to provide users with “enhanced abilities and reasoning” and allow them to stream music straight to their brains.

The Neuralink Corporation was originally founded in 2017 by Elon Musk and other contributors. The corporation held their first press conference in 2019 and introduced the Neuralink brain-machine interface (BMI). According to a paper published in August 2019, Neuralink has built a machine that is capable of inserting arrays of very flexible electrode threads into the human brain. The array is “packaged into a small implantable device that contains custom chips.” A USB-C cable “provides full-bandwidth data streaming from the device.” At the time of the 2019 press conference, tests had been performed on 19 animals with a 87% success rate. Human testing was supposedly meant to start this year, but it has been delayed.

There have been very few details about the full capabilities of the Neuralink technology until recently. Computer scientist Austin Howard asked Musk via Twitter whether users would be able to listen to music directly from Neuralink. Musk responded with a simple, “Yes.”

He noted that Neuralink could also be used “could help control hormone levels and use them to our advantage (enhanced abilities and reasoning, anxiety relief, etc.)” He supported this statement earlier in the month when Twitter user Pranay Pathole asked whether the Neuralink could retrain the brain and be used to cure anxiety and depression. Musk contended that Neuralink could be used for that purpose and “everything we’ve ever sensed or thought has been electrical signals.” It is believed that if the technology is approved, the BMIs will first be available to those with diseases like Parkinson’s.

The most recent comment about music streaming was prompted by several Neuralink job listings. The Neuralink Corporation is currently looking for those who have “solved hard problems with phones/wearables.” The job listings include positions such as a robotics software engineer, mechanical engineer, and a histology technician whose job it is to affix tissue samples to microscopic slides.

Neuralink has certainly stirred up quite a bit of controversy over the last few years. Some are excited to see what this kind of technology can do for fields like medicine. Others are leery of anything being inserted into their brain, while still others are eager to embrace any new technology that could potentially simplify their life. We will need to continue to wait to see what Neuralink is capable of and the risk and rewards it may provide. This technology is both compelling and unnerving.