You might have read a story earlier in the week about a US Navy destroyer's internet connection being "hacked" and taken over to stream Age of Empires to Facebook. A tale like that is comical until you consider the national security implications of such a thing. Fortunately, this particular story remains comical in the face of the US Navy's latest admission.


The USS Kidd (DDG 100) is an Arleigh Burke-class destroyer, and for whatever reason, it has a Facebook page full of pictures of the ship and its crew. Starting on the evening of October 3rd, said Facebook page was also hosting a livestream of the classic PC game Age of Empires. The stream was titled "Hahahahaha," which certainly resembles the sort of thing a triumphant cracker might post. More streams followed the next day, though, with considerably less-interesting titles like "play game," "hi everyone," and "hi guys," among other things. 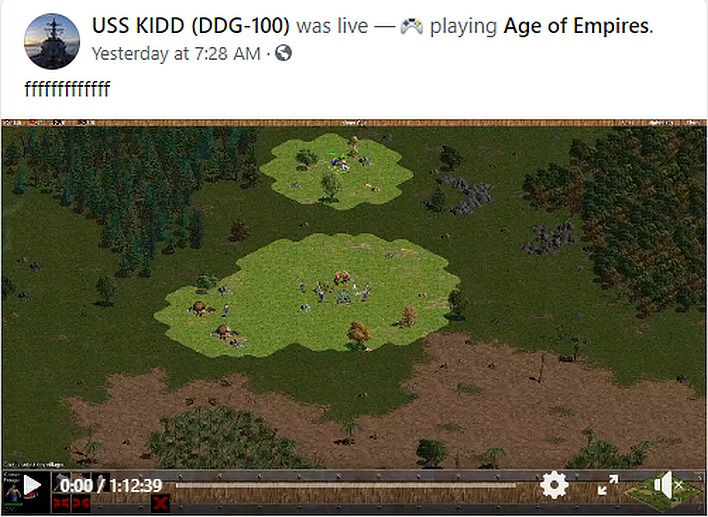 One of the offending streams. Source: Task and Purpose


The "hacked" story started circulating because that's exactly what the Navy told military news site Task and Purpose. As that site notes, "hacked" is sometimes used—incorrectly—to mean "accessed without authorization," which can happen for any number of reasons; one of the most common is that someone forgot to log out of their account.

Indeed, now that the dust has settled (with the ship's account being temporarily disabled before being restored without the gaming videos), the Navy has admitted that the incident was simply a matter of a social media manager forgetting to switch from their professional account to their personal one before going on an Age of Empires binge. As uninteresting as that explanation is, at least we can breathe a sigh of relief that the off-topic Facebook posts weren't the work of a bad actor.

Tags:  security, us navy, age-of-empires
Show comments blog comments powered by Disqus
Follow Us:
What Are You Playing Now?