MSI is expanding its range of eSports monitors with the addition of the Optix MAG273 and Optix MAG273R. Surprisingly, both of the displays are incredibly similar with respect to specifications, with a few exceptions.

Both the Optix MAG273 and Optix MAG273R feature 27-inch Full HD IPS panels that are rated at a low 1ms response time. Up to a 144Hz refresh rate is supported along with AMD FreeSync adaptive refresh rate technology. Both monitors support 98 percent of the DCI-P3 and 139 percent of the sRGB color spaces. Likewise, MSI lists a brightness rating of just 250 nits with a contrast ratio of 1000:1.

Given the specs, it's clear that these monitors are aimed at the lower end of the spectrum when it comes to gaming monitors. However, there are pretty well stacked with respect to ports, including two HDMI 2.0b ports and one DisplayPort 1.2a port. You'll also find two USB 2.0 ports (USB 3.1 would have been nice though). 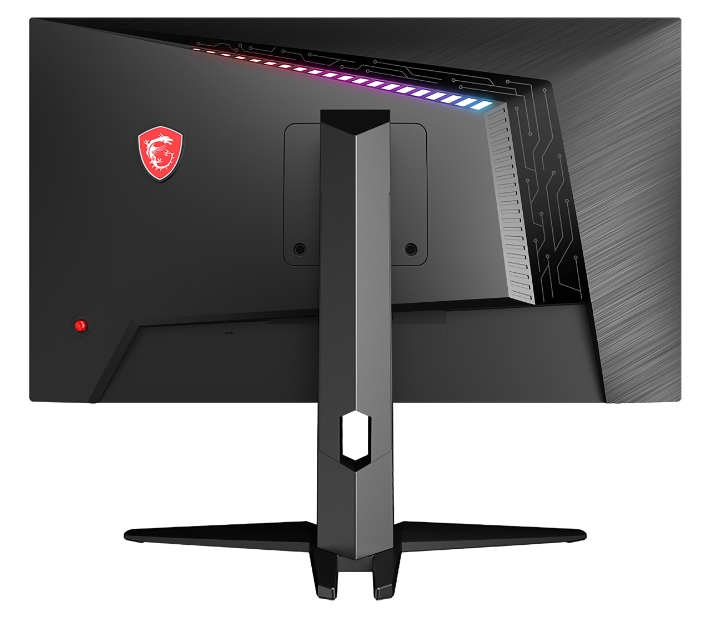 When it comes to differences between the two, the Optix MAG273R has support for MSI Mystic Light effects (the solitary LED strip is mounted on the back of the monitor), and supports height adjustments from 0 to 130mm. The Optix MAG273 doesn't support either of those features, although both can tilt from -5 to +20 degrees.

At this time, MSI has not announced pricing or availability for the Optix MAG273 and Optix MAG273R.