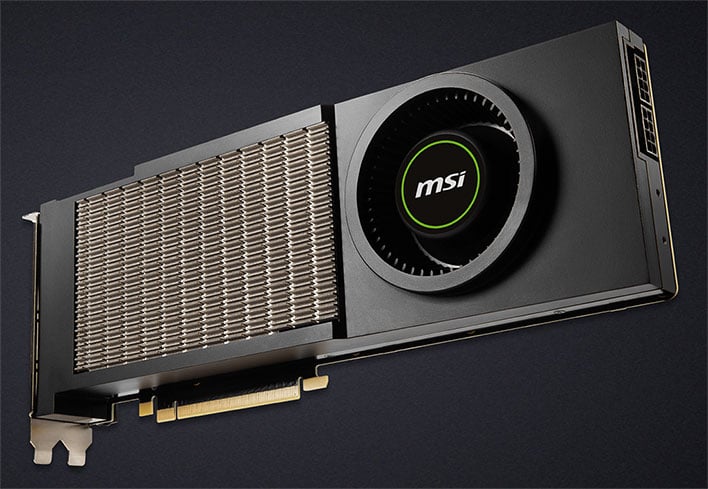 Give it some time and old things seem to always come back in style. This works in tech too, not just fashion. Remember when Nintendo released the NES Classic, followed by the SNES Classic? Both were hot commodities. Perhaps taking a lesson from that, MSI's new GeForce RTX 3090 Aero graphics card is a definite throwback to the days of Fermi.
NVIDIA released its Fermi GPUs a decade ago, in around March 2010. It replaced the company's Tesla GPU architecture and powered its GeForce 400 and 500 series graphics cards. That is back when blower-style coolers were all the rage. Here is a look at MSI's GeForce GTX 480 from way back in the day, with Fermi underneath the hood... 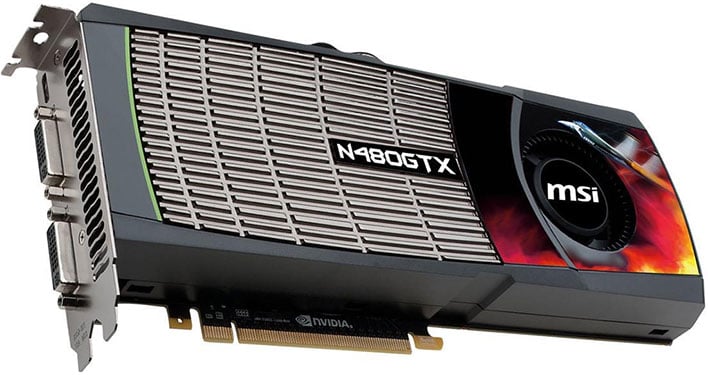 See the resemblance? Obviously the older Fermi card and MSI's newest Aero beast powered by Ampere are not carbon copies of one another, but the styling is similar. Fortunately, that's where the similarities end—Fermi was good for its time, but I don't want to think about trying to play something like Cyberpunk 2077 on a decade-old graphics card.
As far as Ampere goes, the GeForce RTX 3090 is the top dog in the consumer space. It is basically this generation's RTX Titan. it features 10,496 CUDA cores, 328 TMUs, 112 ROPs, 328 Tensor cores, and 82 RT cores. The card also boasts 24GB of GDDR6X memory on a 384-bit bus, for 936.2GB/s of memory bandwidth.

MSI says the design of its GeForce RTX 3090 Aero is centered on "focused cooling," with air moving through the cooler and passing over a large heatsink before being expelled through open I/O holes. Or in other words, it's a blower-style cooler. These tend to be a little louder than other custom designs, but have the advantage of directing hot air right out of your case.
It also has a metal backplate for durability, and an "abundance of thermal pads" to keep critical components cool on the inside. As for the specifications, MSI is sticking with the reference blueprint, which calls for a boost clock of 1,695MHz.

Regarding the I/O assortment, the GeForce RTX 3090 Aero comes equipped with three DisplayPort 1.4 connectors and a single HDMI 2.1 output. It draws power from two 8-pin PCIe connectors.
MSI did not say when this card will be available or how much it will cost. However, it did erect a product page, so I imagine it will be available in the not-too-distant future.