Many a controller have been smashed, and many a friendship ruined thanks to the 30-year-old kart racing phenomenon that is Mario Kart. Luckily for fans of the series, there is a sneak preview to the new ride slated for inclusion in Super Nintendo World at Universal Studios Hollywood.


The ride, titled "Mario Kart: Bowser's Challenge" looks to include a lot of features and design that people have come to know and love from the immersive experiences available at these kinds of parks. While we can only speculate based on the visuals of the ride in the trailer, it's not hard to make a few assumptions based on rides past from designers. Especially considering it looks like this might be an import straight from Universal Studio Japan's Nintendo World. In Japan, it does go under a different name, "Mario Kart: Koopa's Challenge," as Bowser is still referred to as "King Koopa" in most Japanese materials for Mario.


The ride is considered an Augmented Reality Dark Ride, which means there will be physical props enhanced by digital media and likely other pieces. For example, some similar-style rides may have used a heating element to make a fireball seem like it's emanating heat to the rider.


According to the Wikipedia page for Koopa's Challenge in Japan the ride is themed after Mario Kart 8, the currently most played installment in the series. The popular series has a whole 15 games released in the 30 years since Super Mario Kart first drove onto our Super Nintendo consoles in 1992 including arcade games, a VR installment, and even a mobile game. 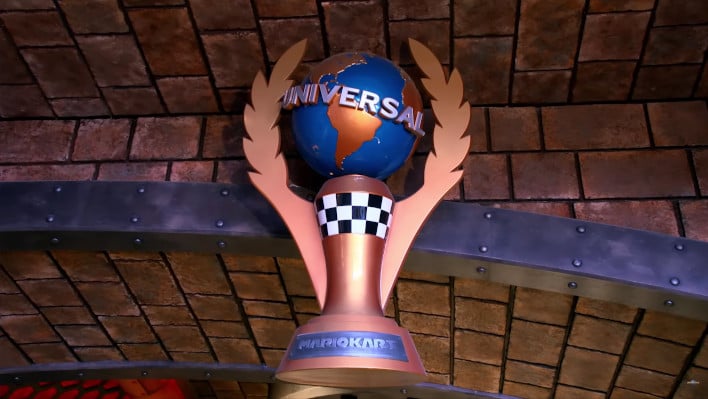 
The version in Japan was designed by Universal Creative, which, of course, specializes in designing rides and experiences for Universal parks and it was manufactured by MTS Systems. It's entirely likely that the same manufacturer has been building the parts for this ride in Hollywood. The title of the YouTube video preview for the ride also has implied that the ride and the park will be open in Hollywood in early 2023. So Mario fans in the United States get excited, it's getting close!