Lenovo is expanding its ThinkPad family with a new Z series that combines a "contemporary design philosophy" with the business chops of AMD's next-gen Ryzen 7 Pro processors. They include the ThinkPad Z16 and Z13, both of which are premium business laptops dressed in sustainable materials, such as recycled aluminum in arctic gray and recycled vegan leather in black.
"The new striking design reflects changing attitudes towards technology, its impact on the environment and the origins of raw components... Sustainability extends to the packaging which is made from 100% recyclable and compostable bamboo and sugarcane, and the AC power adapter uses 90% Post-Consumer Content (PCC)," Lenovo says. 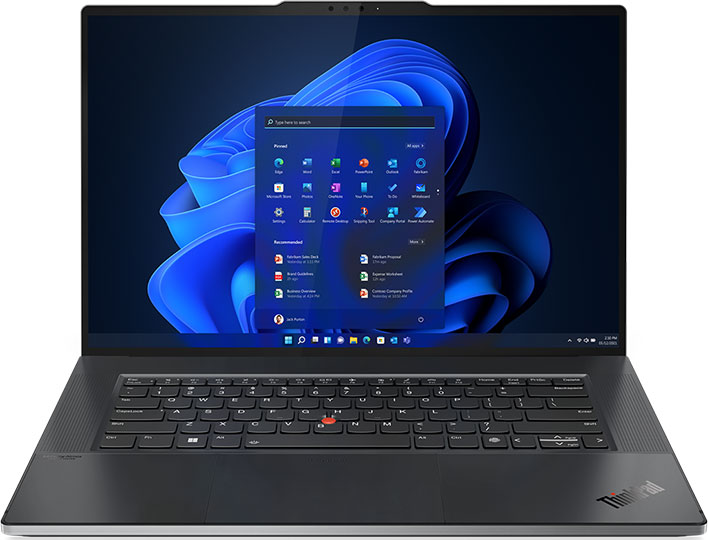 Cue up the Homer Simpson GIF with the caption, 'Mmm, sugarcane', though we don't recommend attempting to digest the packaging. Still, kudos to Lenovo for taking this approach with a business laptop line. 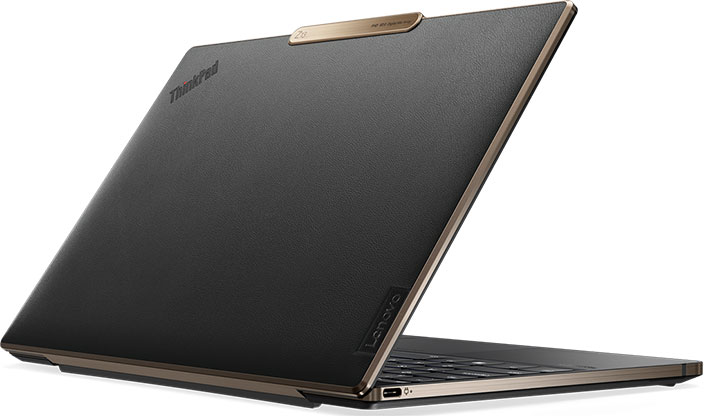 Underneath all the feel-good marketing are a couple of capable laptops. Starting with the ThinkPad Z13, it offers a pair of 13.3-inch display options. One is an IPS screen with a 1920x1200 resolution (WUXGA) and optional touch support, and the other is an OLED panel with a 2560x1600 resolution (WQXGA) with touch support coming standard. The OLED screen also supports Dolby Vision and low blue light technology. Both display types boast a 91.6% screen-to-body ratio, the highest of any ThinkPad to date, save for the new Z16 (more on that in a moment).

Business users have a choice of AMD's latest generation Ryzen Pro and Ryzen Pro U-series processors with integrated Radeon graphics. The Z13 can also be configured with up to 32GB of LPDDR5 memory and up to 1TB of SSD (PCIe 4) storage.
As we have seen in a few other laptop designs, Lenovo has opted to eschew USB Type-A connectivity in favor of two USB4 ports. The USB4 specification calls for a Type-C interface. There's also a 3.5mm audio jack. And for wireless chores, the ThinkPad Z13 features Wi-Fi 6E, Bluetooth 5.2, and 4G LTE support.
This is all wrapped in a package that measures 0.55 inches at the waistline and weighs 2.76 pounds. 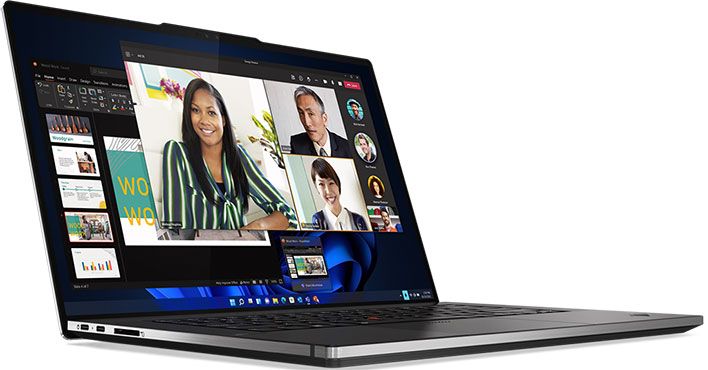 Lenovo's larger ThinkPad Z16 increases the screen-to-body ratio even further to 92.3%. And like the Z13, users can choose between an IPS screen with 1920x1200 resolution and optional touch support, or an OLED panel with a 2560x1600 with touch support, Dolby Vision, and low blue light.
The ThinkPad Z16 is not just physically bigger, though, it's also a more powerful laptop. It steps up to AMD's latest-generation Ryzen Pro 6000 H-series processors, which can be paired with up to 32GB of LPDDR5 and up to 2TB of SSD (PCIe 4) storage. Buyers can opt for discrete Radeon graphics, too.

A larger profile also affords and extra USB4 port, as well as an SD memory card reader thrown into the mix. Qualcomm FastConnect 6900 is included as well. It's still a relatively thin and light laptop, too, measuring 0.62 inches and weighing 4.3 pounds.
Both laptops come with Windows 11 installed (no surprise there) and will be available in May, starting at $1,549 for the ThinkPad Z13 and $2,099 for the ThinkPad Z16.