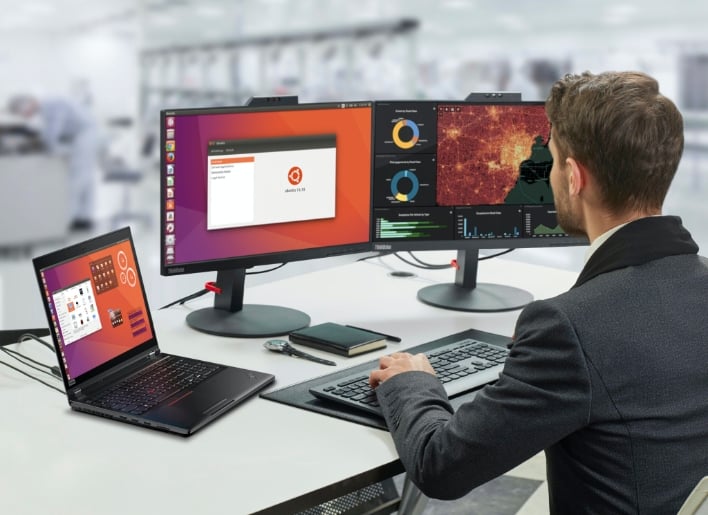 Linux got a big boost this week with the announcement that Lenovo is certifying some of its ThinkPad and ThinkStation PCs to run the operating system. Windows may be the popular “desktop” operating system around the globe, but Linux has a loyal fanbase and there are plenty of distros available that have made Linux more consumer-friendly over time.

With its announcement, all of Lenovo’s mobile and desktop workstations have been certified to work with Ubuntu and Red Hat. And Lenovo isn’t be scattershot about its approach here: every single ThinkStation and ThinkPad P Series workstation is supported. That is incredible commitment from Lenovo which will definitely be applauded by the Linux community, which continues to grow.

According to NetMarketShare’s analysis, there are roughly 7.2 million PCs sold each year running Linux (2.87 percent of the global market of 250 million PCs), so it’s not surprising that a name that is well known and respected in the development community would want to embrace Linux.

Customers will have the choice of selecting an OEM version of Ubuntu LTS from Canonical, or Red Hat Enterprise Linux. Both are big names in the Linux community and come with robust support systems in place.

“Utilizing Red Hat Enterprise Linux and Ubuntu LTS not only benefits users, but also their IT departments. Without specialized knowledge of Linux and its diverse landscape, IT departments are unable to troubleshoot issues, burdening the user and often complicating device management,” writes Rob Herman, who serves as Lenovo’s GM and Executive Director for the Workstation & Client AI Group. “Lenovo’s Linux preloads reduce end-user complexity, giving IT managers more visibility and autonomy over devices in their network, in addition to integrated support from Lenovo, Red Hat and Ubuntu.”

Lenovo says that Linux will be available on “configured to order” systems starting this month, and ThinkPad P Series mobile workstations will be among the first to ship with the penguin onboard. PC rival Dell has also embraced Linux, as in recent years it has sold XPS Developer Editions of its laptops  that comes with Ubuntu preinstalled.