A group of restaurants in Florida have filed a lawsuit against tech giant Google for allegedly prioritizing food delivery apps over directing users to the restaurants' own websites. The lawsuit filed by Left Field Holdings claims the actions by Google amount to a "bait-and-switch."

The lawsuit was filed in Northern California District Court on March 8th, and accuses Google of essentially hijacking millions of customers' orders from restaurants. When customers would search for a restaurant, Google would provide an option to "order online" via the search page, circumventing the user from going to any of the restaurants' actual websites.

While this may seem like a tool that saves users time, it does not necessarily save them money. Delivery apps can charge fees as high as 20%-30%, which is the reason restaurants say they prefer customers order directly from them. The lawsuit says the strategy implemented by Google is nothing more than a "bait-and-switch" tactic.

"Google never bothered to obtain permission from the restaurants to sell their products online," it states in the lawsuit. "Google purposefully designed its websites to appear to the user to be offered, sponsored and approved by the restaurant, when they are not."

The lawsuit was filed on behalf of Left Field Holdings, a restaurant company that operates Lime Fresh Mexican Grill franchises. On the search pages, users are met with large buttons to order from food delivery companies like GrubHub, DoorDash, or Seamless. The lawsuit goes on to say this is "a tactic, no doubt, employed by Google to increase orders and clicks." 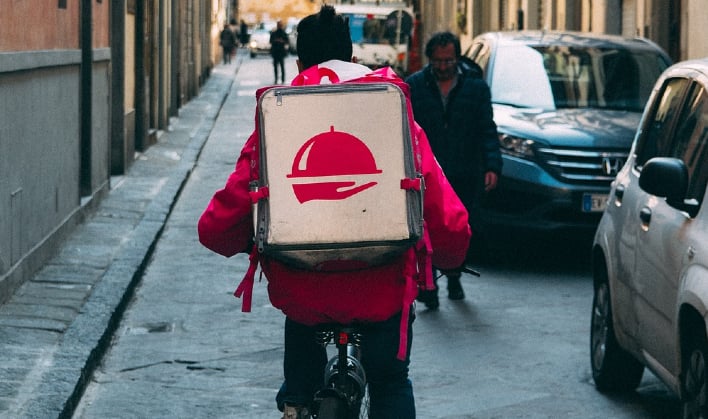 Google has defended its use of the "Order Online" buttons saying it provides a service to its users, and that it receives nothing in return due to the feature.

"Our goal is to connect customers with restaurants they want to order food from and make it easier for them to do it through the 'Order Online' button," a spokesperson from Google said through a statement to CNET. "We provide tools for the merchants to indicate whether they support online orders or prefer a specific provider, including their own ordering website."

It would seem that Google's "Order Online" button stemmed from its acquisition of "The Ordering App." While the app was initially configured to earn a percentage of the sales, Google waived the fees in light of the Covid-19 pandemic. At some point, the lawsuit says the app shifted from being focused on restaurants to being focused on delivery companies instead.

According to the lawsuit, "Google prominently features the restaurant's tradename at the top of the page, above the restaurant's address and menu, to give the user the distinct impression that the storefront and products are authorized and sponsored by the restaurant, when they are not."

The complaint seems to be in line with how other restaurants feel about the situation as well, saying that onerous fees prevent establishments from making a profit on deliver app orders. The suit is seeking a class action against Google, alleging "tens of thousands" of potential plaintiffs may have had "millions of customers" diverted by the search giant.