Kohl's Weekend PS5 Sale Was A Chaotic Cancellation-Fest, But Everyone Was A Winner With This Surprise Bonus

If you happened to be up in the middle of the night early Sunday, then you might have come across a seemingly unbelievable find at the Kohl's website. The retailer, which isn't exactly the first place that we think of when it comes to game consoles, had the hard-to-find Sony PlayStation 5 in stock. And it wasn't just for a few minutes as is usually the case... the retailer [seemingly] had the console in stock for two hours.

In this case, Kohl's was selling the PlayStation 5 console, an extra Dual Sense controller and Spider-Man: Miles Morales for $639.99. Given some of the more outrageously price console bundles we've seen over the past few months, this was an easy score as this is exactly the load-out that many potential PlayStation 5 gamers would purchase anyway. 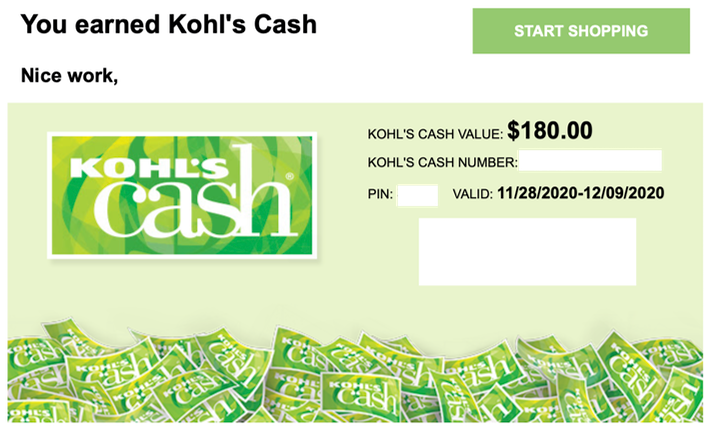 What made the Kohl's deal even more appealing is that that the retailer was offering $15 in Kohl's Cash for every $50 you spent through November 27th. In the case of this deal, you were looking at $180 that can be redeemed November 28th through December 9th.

Unfortunately for those that placed orders, the promise of PlayStation 5 inventory was too good to be true. Not only did Kohl's not have nearly enough inventory to accommodate the thousands of preorders that came in once word spread about the internet about the promotion, but the company continued to take orders for hours. 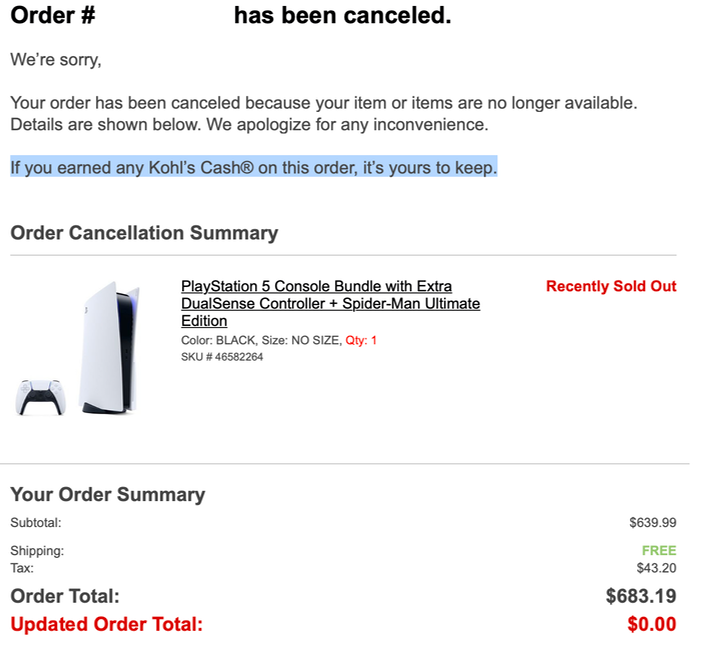 Let's be honest here: Kohl's isn't in the same league as Amazon, Walmart, or even Best Buy when it comes to electronics. So, for the entire internet to light up with the expectation of actually getting their hands on the console bundle was perhaps a bit too far-fetched. And as you might expect, the cancellations started pouring in all-day Sunday (and into the night) one by one. At least two people posted on the Slickdeals forum that they had received a FedEx shipping confirmation, but those reports were few and far between.

But there is one silver lining to this PlayStation 5 disaster: Kohl's is honoring the promotion that gave you $180 in Kohl's Cash even if your order was cancelled. Chalk it up as a "Hey, we screwed up" apology for those that legit thought that they had a PlayStation 5 on the way. It doesn't exactly make up for the loss of the PlayStation 5, but it can be used towards the purchase of a few games, some accessories, or even an ugly Christmas sweater (if you're into that kind of thing).