Sometimes life is stranger than fiction. Some of the ashes of James Doohan, who played Montgomery "Scotty" Scott in the original Star Trek series, are reportedly aboard the International Space Station (ISS). The secret has been kept for twelve years and Doohan’s family has only now deemed it safe to reveal it.

The ashes of Doohan were placed on the ISS by video game developer Richard Garriott. Garriott was a private astronaut who participated in a 12-day mission on the ISS in 2008. Doohan’s family sent Garriott part of Doohan’s ashes prior to his visit to the ISS. Garriott printed out three photographs of Doohan and laminated them with the ashes he had received. He managed to sneak one of the laminated photographs onto the ISS and place it under the floor of the Columbus module. Doohan’s ashes have since orbited the Earth more than 70,000 times and traveled more than 1.7 billion miles. 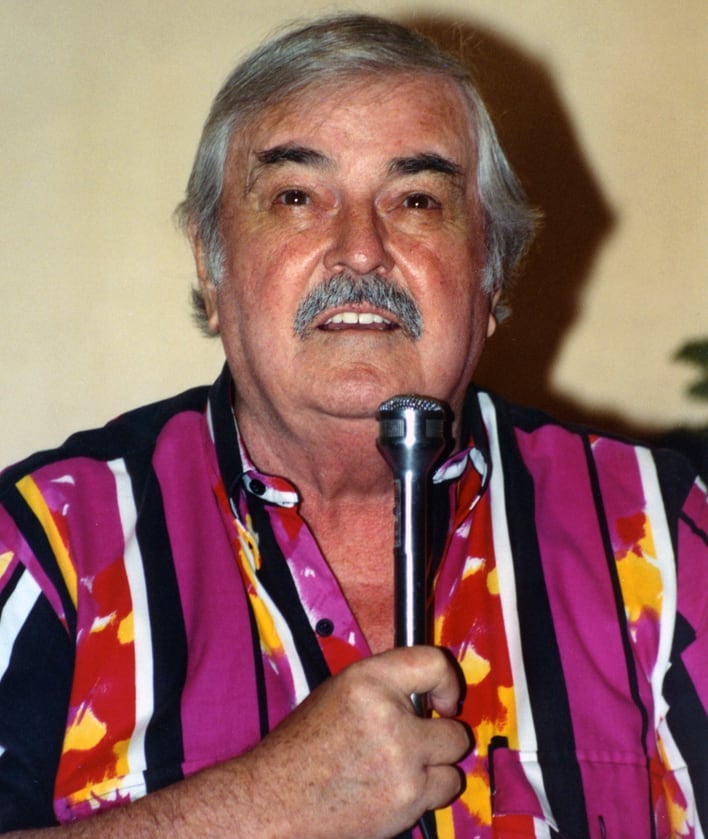 Garriott stated in an interview with The Times that the arrangement was “completely clandestine.” He further noted, “As far as I know, no one has ever seen it there and no one has moved it.” Both Garriott and the Doohan family have stated that they have wanted to divulge the secret for quite some time, but waited until “enough time” had passed.

Doohan was an actor for over fifty years and remained active until his death. He had roles in a variety of films and television shows, but was best known as “Scotty" from Star Trek. He was even nominated for the Saturn Award for Best Supporting Actor in 1986 for his portrayal of Scotty in Star Trek IV: The Voyage Home.

Doohan passed away on July 20, 2005. His family states that he had always wanted to go into space and they have made many attempts to honor his wishes. Part of his ashes were launched in a memorial flight in 2008 alongside the ashes of 308 people. This rocket entered space for four minutes before returning to earth. His ashes were also launched in 2008 on a Falcon 1 rocket and in 2012 on a Falcon 9 rocket during the COTS Demo Flight 2.