The Defense Advanced Research Projects Agency (DARPA) has awarded Intel and its collaborators a contract to develop advanced simulation solutions for off-road autonomous ground vehicles. The hope is that these sims will reduce the significant gap that exists between on-road and off-road autonomous vehicle deployment.
Simulation environments for autonomous vehicle technology already exists, but not many of them are optimized for off-road autonomy. It's obviously a completely different type of terrain, and off-road obstacles present unique challenges that don't necessarily apply to the same ones that a self-driving car might have to deal with in getting from point A to point B. 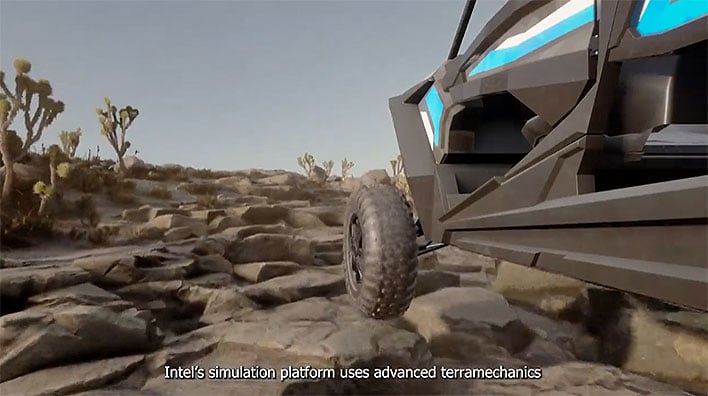 The contract is for DARPA's Robotic Autonomy in Complex Environments with Resiliency - Simulation program, which is cleverly truncated to RACER-Sim. Intel Labs will spearhead the develop of the massive RACER-Sims, with collaboration from The Computer Vision Center Barcelona, Spain, and the University of Texas at Austin.


"Intel Labs has already made progress in advancing autonomous vehicle simulation through several projects, including the CARLA simulator, and we’re proud to participate in RACER-Sim to continue contributing to the next frontier of off-road robotics and autonomous vehicles. We brought together a team of renowned experts from the Computer Vision Center and UT Austin with the goal of creating a versatile and open platform to accelerate progress in off-road ground robots for all types of environments and conditions," said German Ros, Autonomous Agents Lab director at Intel Labs. 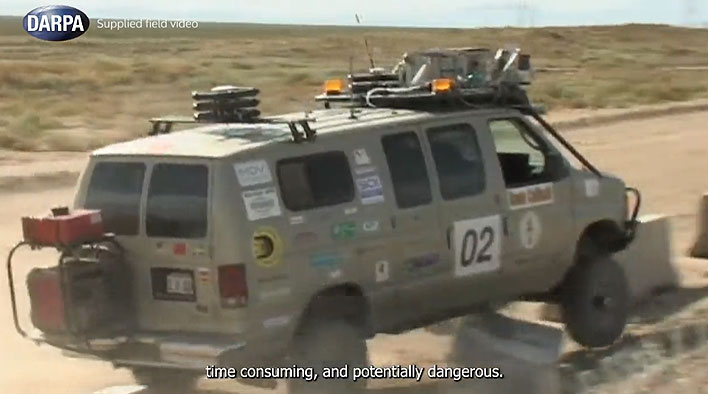 One of the unique challenges off-road terrain presents for autonomous vehicles is the lack of road networks. There's typically no preset path, unlike the network of paved roads and highways that a self-driving car navigates.
Related to that, these vehicles must maneuver over, around, and through extreme terrain, such as rocks, all types of vegetation, and everything else. It's these extreme conditions that make developing and testing autonomous ground vehicles both expensive and slow. That's where the RACER-Sim program comes into play. 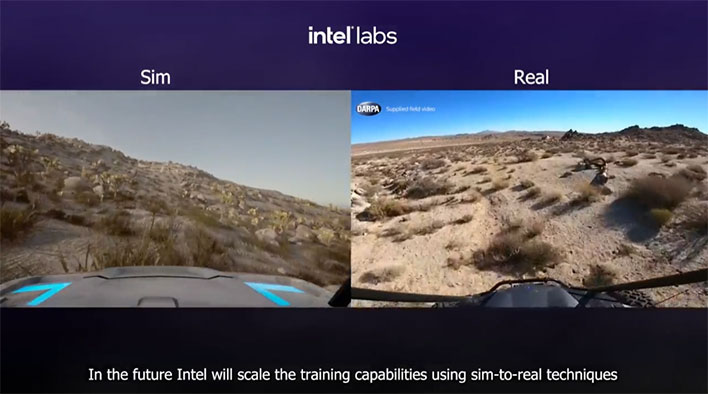 RACER-Sim will consist of two phases over a 48-month period. In the first phase, Intel will focus on creating new simulation platforms and map generation tools at scales never seen before.

"Creating simulation environments at scale is a process that traditionally requires significant resources and is one of the biggest challenges in simulation workflows. Intel Labs’ simulation platform will enable customization of future maps, including the creation of massive new environments covering more than 100,000 square miles with just a few clicks," Intel says.
The in phase two, Intel with work with its collaborators to speed up the research and development process by integrating new algorithms. This will eventually extend into training and testing robots in simulation to acquire skills, which will be transferred to a corresponding robotic system.
In addition to speeding up deployment, Intel says its simulations and related tools will also reduce the risks, costs, and delays that are typically associated with testing and verification protocols.