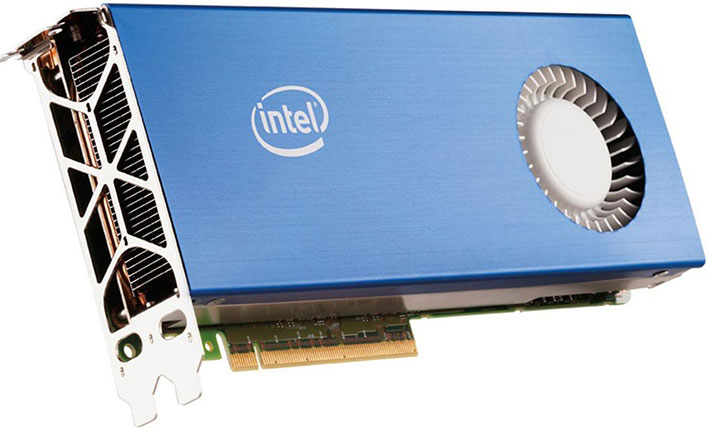 Assuming things go to plan, Intel will eventually launch a discrete graphics card for gamers, built around its Xe architecture. There are many questions left to be answered, such as what the full lineup will look like, how will the cards compare to offerings from AMD and NVIDIA, and what price points they land at. One question that appears to have already been answered, however, is where the GPUs will be manufactured.
It won't be at Intel's own fabs, if the latest chatter is true. Intel has been forthcoming about the possibility of outsourcing production, and though it manufacturers its own high-end CPUs, there are certain chips that get built elsewhere. For example, when Intel was cranking out 3G and 4G modems, they were being built at TSMC. Same goes for Mobileye's autonomous vehicle silicon (Intel acquired Mobileye in 2017).

What about Intel's upcoming discrete DG2 hardware? Citing unnamed sources, Reuters says that TSMC will also handle production of Intel's upcoming GPUs. No official announcement has been made just yet, but apparently TSMC won the contract, and will produce GPUs based on an enhanced 7-nanometer node for the DG2.
That is not a shocking development (if true), considering that Intel is already a big customer for TSMC for certain hardware. Likewise, TSMC is a massive outfit, with AMD and NVIDIA among its base of customers as well.
The same sources also claim that DG2 silicon will arrive either by the end of this year or early next year, and will be competitive with GPUs from AMD and NVIDIA that range in price from $400 to $600. That leaves out the very top end, like the GeForce RTX 3090 and Radeon RX 6900 XT, but would still be impressive if Intel could it off.
We can't wait to see what Intel has in store, given all the hype to this point. What little we have seen from shipping Xe hardware (as part of Intel's Tiger Lake platform) has been fairly impressive. But is the discrete GPU lineup for gamers that is most intriguing, and it looks like we will have to wait a year or more still to find out how it stacks up.