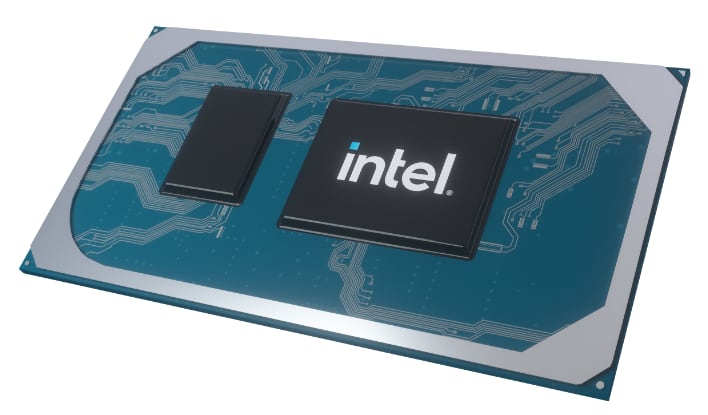 Intel officially launched its 11th generation Tiger Lake architecture earlier this month, and an army of OEM partners announced that they will be launching new laptops featuring Core i3, Core i5, and Core i7 processors based on this design. However, unlike rival AMD, Intel didn’t announce any new 8-core/16-thread SKUs during its virtual event, leaving many to wonder how the company would compete when it comes to deeply multi-threaded applications.

Well, even though Intel didn’t announce 8-core SKUs during its online event, they are in the works… we all just simply missed it. Tom’s Hardware was the first to notice that Intel’s Boyd Phelps actually made reference to these more potent Tiger Lake processors in a Medium post way back on September 3rd, just a day after the Intel event. Buried far down in the post is this nugget of information:

The Willow Cove core increases the mid-level cache to 1.25MB — up from 512KB. We also added a 3MB non-inclusive last-level-cache (LLC) per core slice. A single core workload has access to 12MB of LLC in the 4-core die or up to 24MB in the 8-core die configuration (more detail on 8-core products at a later date).

Well, that is very interesting, and could be quite game-changing in the laptop market. Intel has been keenly pointing out that Tiger Lake excels in single-threaded benchmarks, which shouldn’t be too surprising given the company’s strength in this area. Tiger Lake also benefits from much higher clock speeds compared to the Ice Lake, with the [current] flagship Core i7-1185G7 chalking up base/turbo clocks of 3GHz and 4.8GHz respectively.

Intel is claiming up to a 2.7x uplift in performance over the Ryzen 7 4700U in content creation and a 20 percent overall improvement in productivity tasks with Tiger Lake. With 8-core SKUs incoming, Intel could have the perfect solution to go toe-to-toe with AMD’s 8-core Ryzen 4000 processors in thin and light laptops.

At this point, we don’t know what Intel’s timetable is for launching these more performant 8-core Tiger Lake processors, but we’ll definitely be keeping an eye out for the inevitable leaks.