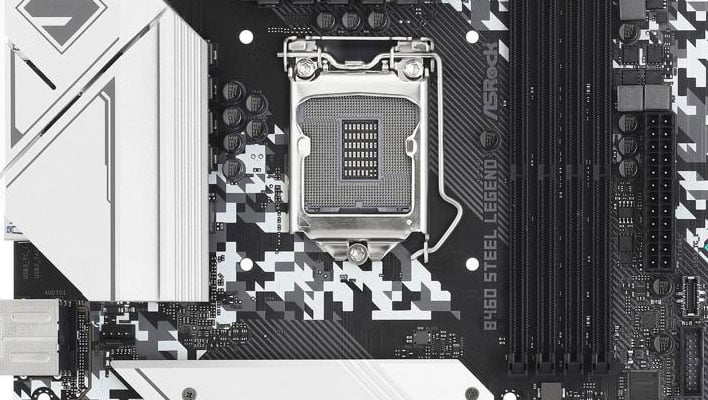 Sometimes it feels like the do-it-yourself (DIY) crowd can't catch a break. Case in point, AMD's Ryzen 5000 series CPUs are in short supply (relative to demand), and good luck finding a Radeon RX 6000 or NVIDIA GeForce RTX 30 series graphics card in stock from a first-party seller. On top of it all, there is a report suggesting that relatively affordable motherboards based on Intel's B460 and H410 chipsets are about to go up in price.
What gives? Well, should this prediction actually come to pass, it is one phenomenon we can't blame on 2020, because we are into a brand new year. Instead, this is reported to be another shortage issue. Talk about a New Year's hangover (hardware shortages became par for course in 2020, and are lingering into 2021).
This is according to the folks at MyDrivers, who say they have heard from unnamed sources that the supply of B460 and H410 chipsets dwindled toward the end of last year. We are going off a Google translation of the Chinese-language text, but according to the report, motherboard makers received their "last wave" of B460 and H410 chipsets in December.
As a result, motherboards based on those chipsets could rise in price after this this month, which mobo makers have depleted their inventories. This has also led to the big three in the motherboard business—ASUS, Gigabyte, and MSI—adjusting their shipment strategies (whatever that means), and adjusting their pricing.
The situation is said to be even worse for ASRock and Biostar, though the site does not go into specifics. We surmise it means they have access to even fewer B460 and H410 chipset hardware than ASUS, Gigabyte, and MSI.
Wee will have to wait and see if this comes to pass, and if so, to what extent the supposed shortage has on pricing. As things stand at this very moment, there are plenty of sub-$100 B460 and H410 motherboards available. Some of them include:
So at least for now, there are plenty of affordable options to choose from. If you are looking at building a bang-for-buck system around the B460 or H410 chipset, however, you may want to pounce sooner than later, just in case.