Is social media bad for you? A recent article suggests that Instagram can be harmful to teenagers. Instagram has fired back and argues that social media's influence is more nuanced.

The Wall Street Journal article notes that Facebook conducted several studies on the impact of social media over the last three years. These studies have reportedly concluded that Instagram in particular is harmful to young users due to the “comparative” nature of the app. Thirteen percent of British Instagram users and six percent of American users who reported suicidal thoughts stated that there was a connection between these thoughts and what they see on Instagram. Thirty-two percent of teenage girls and fourteen percent of teenage boys argued that Instagram made them feel worse about their body image. This was especially true of those who were already feeling down. Teens also reported feeling addicted to Instagram and unable to get off the app even when they knew it was having a poor impact on their mental health.

The Facebook studies also insisted that the majority of teenage users are not negatively impacted by Instagram. However, many of the features that are essential components of the app, such as filters and editing, do negatively influence young users. This is particularly an issue as forty percent of Instagram users are supposedly under the age of twenty-two. 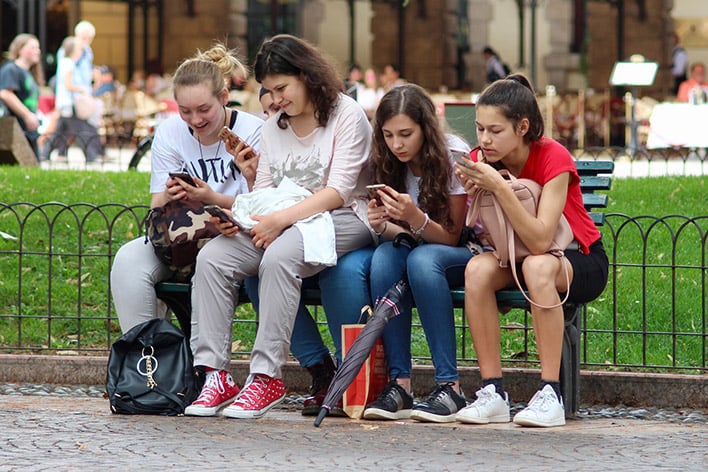 The Wall Street Journal article was only published yesterday, but has already garnered significant attention. Karina Newton, Head of Public Policy at Instagram, has contended that both Instagram’s internal research and external research from institutions like Harvard University indicate that social media’s influence is neither inherently good nor bad. They further claimed that we need more evidence to be able to understand the true impact of social media.

Newton also attempted to assure users that much is being done to mitigate the potentially negative influence of Instagram. They noted that Instagram has “developed features so people can protect themselves from bullying, we’ve given everyone the option to hide like counts, and we’ve continued to connect people who may be struggling with local support organisations.” They also commented that Instagram is trying to better understand the types of content that can make users feel bad about themselves and they are “exploring ways to prompt them to look at different topics if they’re repeatedly looking at this type of content.” 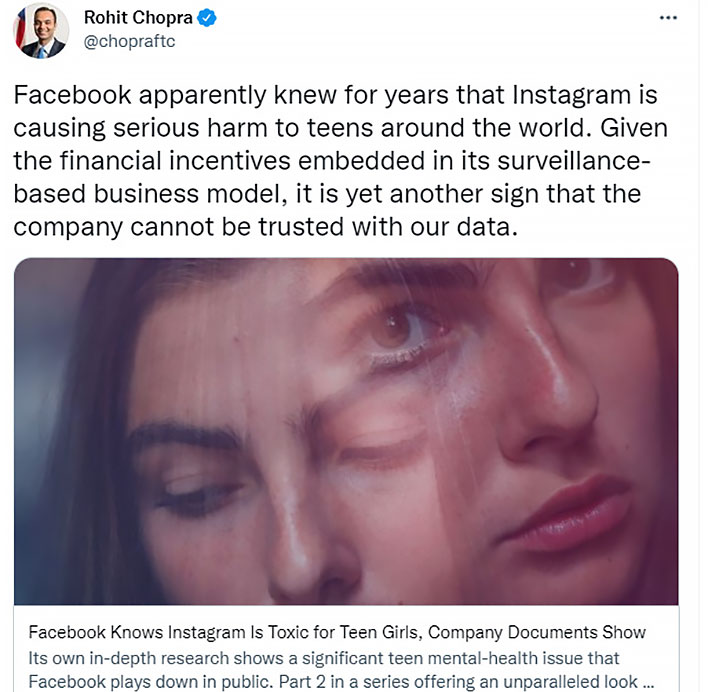 The WSJ's report and Instagram’s response has attracted the attention of policy-makers. Representative Lori Trahan of Massachusetts argued that Facebook’s failure to keep young people safe is “outright neglect”, while Representative Cathy McMorris Rodgers remarked that Facebook has not fulfilled a request for more information about how their products impact young users. The United States Federal Trade Commission (FTC) also appears to be concerned. Rohit Chopra, an FTC commissioner, tweeted that the WSJ report is “yet another sign that [Facebook] cannot be trusted with our data.” It is unclear at the moment what kind of impact these policy makers could have on the structure and content of social media apps.