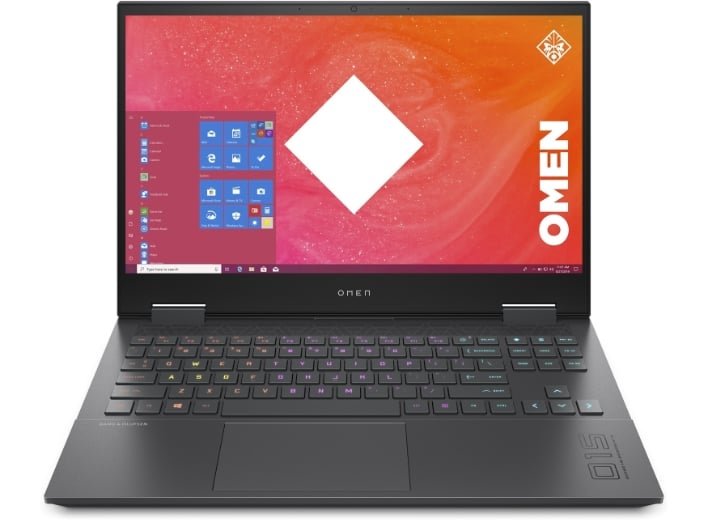 Fans of Hewlett-Packard's Omen family of gaming laptops will be happy to know that an all-new design is on the way for 2020. The company was a little bit premature with the unveil of the new look via its UK website, but the information is still visible via Google Cache.

For starters, there appear to be thinner bezels around the top and sides of the display panel the time around, which is a nice touch for the Omen 15. In addition, the display no longer leaves an "air gap" between its bottom edge and the chassis when opened. The touchpad is larger this time around, and there are four independent RGB lighting zones for the island-style keyboard. The RGB lighting effects are controlled through the Omen Command Center.

Inside the redesigned aluminum chassis, you'll find HP's Omen Tempest Cooling Technology complete with 3-sided venting, and 5-way airflow to keep thermals under control. That cooling is key, as there's some powerful hardware under the hood. Although we don't have the full list of processor choices available with the Omen 15, this particular configuration is using an AMD Ryzen 7 4800H processor (8 cores, 16 threads, 2.9GHz/4.3GHz base/boost). The 7nm Zen 2-based Renoir processor is paired with 16GB of DDR4-3200 memory and a 512GB PCIe NVMe SSD.

There's no word on display specifications (yet), but previous Omen 15 models were available with a 15.6-inch 144Hz 1080p panel or a 60Hz 4K panel. We'd imagine that those same options will carry over to the 2020 model. The display is backed up by an NVIDIA GeForce RTX 2060 discrete GPU. Other features include Bang & Olufsen speakers with HP Audio Boost and DTS: X Ultra Technology, Wi-Fi 6 support, an 88-degree HP Wide Vision HD Camera, and the ability to charge the system's battery from 0 percent to 50 percent in just 45 minutes.

The laptop is currently listed as "sold out" on HP's UK website with a price tag of £1,199.99; that's roughly $1,500. However, we'll have to wait for an official U.S. announcement to see what prices and configurations will look like for us.